Messing With Your Head: Cocaine Found
to Affect Endorphin Gene in Brain


The effects of the addictive drug cocaine result, in part, from altering the activity of a gene in the brain, report scientists from The Rockefeller University in the May Molecular Brain Research.

"Our study is the first report that any drug of abuse, in this case cocaine, alters the expression of a gene encoding an opioid receptor in the brain," says senior author Mary Jeanne Kreek, M.D., professor and head of the Laboratory of the Biology of Addictive Diseases at Rockefeller. "This new information may eventually be useful in developing a treatment for cocaine addiction."

Based on rat studies, Kreek and her colleagues found that in the midbrain cocaine turns down the activity of a gene containing instructions to make the kappa opiate receptor (KOR), a molecule involved the chemistry of pain control and emotion. The resulting decrease in receptors may interfere with how nerve cells in the region communicate.

"Fundamental research like Dr. Kreek's helps us to learn more about the addictive nature of cocaine and moves us even closer to identifying effective treatment to help the thousands of individuals affected by cocaine addiction," says Alan I. Leshner, Ph.D., director of the National Institute on Drug Abuse (NIDA) of the National Institutes of Health, the agency that funded the study. In the National Household Survey on Drug Abuse, the U.S. Substance Abuse and Mental Health Services Administration determined that 1.4 million Americans, aged 12 or older, use cocaine and of those, 640,000 were addicted and used the drug weekly.

In the current study, the scientists gave the rats injections of cocaine following a pattern that mimics human addiction without overdosing the rodents. Kreek developed this so-called "binge" model in 1988. Following the model, the rats received 45 milligrams of the drug per kilogram of their weight daily for 14 days. The drug is given in equal doses one hour apart for three hours each day. For comparison, some rats received injections of salt solution.

When the rats received the drug, expression of the KOR gene in nerve cells in part of the midbrain, the substantia nigra, decreased. However, the gene's activity remained unchanged in nerve cells of another, linked brain region, the caudate-putamen.

These two brain regions are "hardwired" together by the nerves that communicate using chemicals, particularly dopamine that is needed for signals involving movement, and small proteins such as dynorphin, which binds to KOR. Dynorphin belongs to the endorphin family of proteins that can numb pain, create feelings of euphoria or increase energy, which cocaine does as well.

Normally, substantia nigra nerve cells make dopamine and it is released at their endings in the caudate-putamen. As part of nature's recycling program, dopamine is transported back into these nerve endings for repacking and future use.

Cocaine interferes in this dopamine feedback loop. When the drug decreases the expression of KOR genes in the substantia nigra, not enough KOR may be available to respond to the feedback signals. Dopamine production then continues for a short time and it accumulates in the caudate-putamen, but the amount of dopamine eventually plateaus. When the cocaine later wears off, the addict may feel badly because not enough dopamine is available for normal cell functions.

At the same time, as previously shown by studies in Kreek's laboratory, the drug also increases the expression of the gene that makes dynorphin in the caudate-putamen. Kreek and her colleagues are examining if the increase in dynorphin gene expression is related to the decrease in the KOR gene expression.

"Knowing how cocaine affects the brain's chemistry may eventually be useful in developing a treatment for cocaine addiction that can block some of its endorphinlike effects without interfering with all of the body's normally occurring endorphins, such as dynorphin and its receptor, the kappa opiate receptor. We need those endorphins because they help us feel normal, cope with pain and stress and play a role in our use of energy," says Kreek, who directs the Treatment of Addiction: Biological Correlates NIH-NIDA Research Center at Rockefeller, one of a few such centers in the United States established by NIDA.

Cocaine, extracted from the leaves of the coca plant, is inhaled, injected or smoked and then enters the bloodstream. Once in the body, the drug constricts blood vessels, dilates pupils, elevates body temperature and increases the heart rate and blood pressure, causing multiple behavioral changes. Overdoses of the drug cause seizures and heart attacks.

Rockefeller faculty have made significant scientific achievements, including the discovery that DNA is the carrier of genetic information and the launching of the scientific field of modern cell biology. The university has ties to 19 Nobel laureates, including the university president, Torsten Wiesel, M.D., who received the prize in 1981. Recently, the university created four centers to foster collaborations among scientists from complementary fields to pursue investigations of Alzheimer's Disease, human genetics, neurosciences and the links between physics and biology. 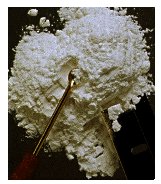