If addicted to cocaine and searching for a solution, it is important to be aware of the cocaine withdrawal stages you are sure to face along the way. While there may be a lot that goes into this, including some pain and discomfort, when you come out the other side you are going to feel better about the future.

Just the same as most drugs, the more you use cocaine the better chance there is that you will become addicted. Furthermore, the longer you abuse the drug the more difficult it will be to withdrawal.

Even though cocaine withdrawal is never fun, it is rarely serious. In other words, most people who are dedicated to beating their addiction are able to do so without major health complications.

Typically, you will deal with withdrawal symptoms for approximately one to two weeks, some of which can include:

The way you feel during cocaine withdrawal will not be exactly the same as the next person. However, there are stages you are likely to face along the way.

The first stage, after you decide to quit cocaine, is detoxification. During this time, you will find yourself avoiding cocaine, as well as other drugs and alcohol. As a result, the withdrawal symptoms detailed above will come into play.

Moving forward, the second stage will bring many questions to mind, such as whether or not quitting cocaine was the right decision. It is difficult to withdrawal from this drug, meaning that relapse is a very real possibility, especially in the event that you do not receive professional assistance at a qualified rehab facility

After the initial rush of withdrawal symptoms hits you, it is time to wait for these to slowly disappear. Most people find that they are beginning to feel like normal after a few weeks, however, this does change from one person to the next. 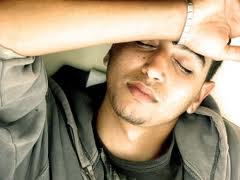 Cocaine withdrawal is an uncomfortable syndrome, but it will subside with time.

For those who are worried about the stages of cocaine withdrawal, including their ability to overcome their addiction, it is imperative to seek professional assistance.

By doing this, you will have a medical team on your side who knows what you are going through and is able to provide you with the assistance you require along the way. Additionally, they can prescribe medication to treat common withdrawal symptoms, thus making it easier to complete the process in a timely manner.

When using cocaine, the last thing you may be thinking about is withdrawal. Many people before you have been able to quit this drug, subsequently getting their life back on track while improving their mental and physical health.