The Difference Between Crack and Cocaine

Cocaine is a very dangerous illicit drug that comes in white powder form and is produced from the coca plant that grows largely in South America. It is an amphetamine which increases the heart rate and causes a sense of euphoria almost instantly. It is either snorted or injected directly into the blood stream.

Cocaine gained popularity in the 60’s during the Vietnam era with other drugs like acid and heroin. It seemed everyone was doing it. It was popular to snort lines of cocaine and dance until the sun came up at local dance clubs or at parties. The problem was that cocaine was too expensive and partiers would often find themselves with empty bank accounts the next day.

In the 1980’s it was discovered that by mixing cocaine powder with baking soda and other materials that the cocaine could be stretched and sold at a much higher profit. The mixture was cooked and then dried and broken up into little white or yellowish colored pieces that could be smoked.

This was much less expensive for the user to purchase as well, but while crack cocaine generally gives an intense immediate high when smoked or freebased the effects do not last as long as regular cocaine, and wears off after about 5 to 10 minutes. As the effects wear off the user will “crash” from the high and in an attempt to feel that high again they will use more crack cocaine. In the end the addiction is just as expensive because of the amount of crack cocaine needed to maintain the high.

What is the Difference Between Crack and Cocaine? 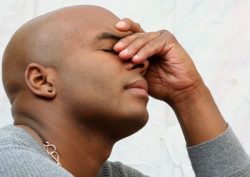 Cocaine is a powdered substance that is most commonly snorted.

Aside from the physical differences, crack is also much stronger than regular cocaine because of the way it enters into the bloodstream. This makes it far more dangerous. Because crack is smoked or freebased the effects are felt more quickly than when it is snorted and makes it more addictive.

According to NIDA, “the faster a drug with addictive liability reaches the brain, the more likely it will be abused”. Addicts give testimonials about becoming addicted to crack cocaine after their very first use, and finding themselves completely powerless to stop.

Because crack is less expensive then regular cocaine, more people can afford to buy it. It is even obtainable by teenagers and young people who normally would not be able to afford cocaine in it’s more pure form which means that more people are affected by the drug. Whereas cocaine is thought to be a luxury that only rich people can afford, crack is available for everybody. This erases class barriers and opens the door for addicts of all ages, races and financial backgrounds to be affected by the drug.

Treatment for addiction to cocaine or crack cocaine is the same. It begins with a detox process to rid the system of the drugs and inpatient or outpatient drug treatment as well as long term follow up addiction treatment through a community organization like Narcanon.