Data collected by the National Survey on Drug Use and Health show an estimated 1.9 million people reported using cocaine in 2008. Out of this number, 359,000 were reported crack users. While most people snort or inject cocaine powder, crack –also known as freebase cocaine – is a processed, crystallized form of cocaine that’s typically smoked. According to the National Institute on Drug Abuse, once a person ingests crack, smoke vapors immediately absorb into the bloodstream via the lungs.

Compared to cocaine, crack produces a more intense high that’s considerably shorter in duration. These differences account for why crack cocaine addiction can happen in a short period of time. As crack is a modified form of cocaine, it has the same effects on the body in terms of stimulating central nervous system functions. Since crack produces a more intense effect, damage done to the brain and body can be more severe and develop fairly quickly. Crack cocaine addiction can destroy a person’s life in just a week’s time when used on a repeated basis.

Over time, most users will start to exhibit one or more of the following 10 signs of crack cocaine addiction:

For most people, the first time using crack delivers the most intense “high” they’ll ever experience from the drug. The body quickly becomes desensitized to crack’s effects, causing users to become obsessive in their attempts to recreate the drug’s initial effect.

Someone affected by crack cocaine addiction will experience depression when trying to cut back or stop using the drug. When this happens, the risk of relapse increases as many will start using again as a way to alleviate feelings of depression.

Maintaining a crack “high” requires an ongoing supply of the drug. A person can quickly go through his or her financial reserves at which point borrowing money and even stealing become necessary.

A growing obsession with getting and using crack naturally takes away from a person’s attention to personal hygiene. Crack cocaine addiction, much like other drug addictions, becomes the center of a person’s life. 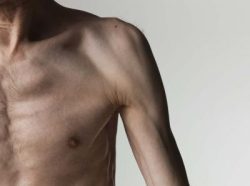 Crack cocaine is very harmful to your health! Learn the signs of addiction.

The stimulant effects from crack speed up metabolism processes while at the same time decreasing appetite. Over time, it’s not uncommon for users to become malnourished.

After a few days of ongoing crack use, sleep is less likely since a person’s central nervous system remains in a state of hyper-arousal.

Once a crack cocaine addiction takes hold, a person’s reasoning abilities suffer considerable decline making it that much more difficult to see the addiction as a problem.

The ongoing decline in reasoning and judgment coupled with an increase in aggressive tendencies makes users suspicious or paranoid of most anyone in their lives.

Crack cocaine addiction creates a completely new set of priorities in a person’s life. Users eventually lose interest in friends, family, work as well as any other activities they once enjoyed.

Calls to numbers on a specific treatment center listing will be routed to that treatment center. Additional calls will also be forwarded and returned by one of our treatment partners below.

Calls to any general helpline (non-facility specific 1-8XX numbers) for your visit will be answered by ARK Behavioral Health, a paid advertiser on Cocaine.org.