According to CESAR, “‘Crack’ is the name given to cocaine that has been processed with soda or ammonia and transformed into a more potent, smokable ‘rock’ form.” Because it is different from regular cocaine and is abused differently, there are some signs and symptoms of crack addiction which are specific to this form of the drug. There are also many similar telltale signs that crack and cocaine addicts share.

Signs and Symptoms Specific to the Abuse of Crack

As stated by the NIDA, “Different routes of cocaine administration can produce different adverse effects.” If you are unsure whether someone is abusing cocaine powder or crack, look for specific effects and signs such as:

CESAR states that, because the short-lived high will get a person wanting to continue smoking and abusing the drug, “a person can become addicted after his or her first time trying crack cocaine.” This very quick spiral into addiction is one of the stronger signs of crack and not cocaine abuse. 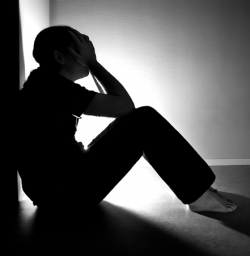 If you’ve tried to quit using crack cocaine before but haven’t been successful you may have an addiction.

Someone who is addicted to crack will:

There are also many psychological and physical symptoms of crack addiction which are caused by the way the drug affects the body. These symptoms are:

Crack addiction can occur very quickly. A person who is addicted to crack will almost constantly be abusing the drug and will have many physical and psychological problems as a result. Because of this, there are many telltale signs and symptoms of crack addiction. Someone who is addicted to the drug should be treated as soon as possible before any symptoms he or she is currently exhibiting become worse or overdose occurs.