How Long Does Cocaine Stay in Your Urine?

There is no absolute standard for measuring how long cocaine stays in a person’s urine. Most of these calculations rely on the individual and their usage history along with the type of urinalysis test being performed. There are many influential factors that can predispose a person to slower elimination of cocaine and its metabolites. Understanding these issues may help with the calculations.

Cocaine abusers use cocaine in a variety of forms, purities, amounts, frequencies, and methods of ingestion which plays an active role in how the cocaine is absorbed, metabolized, and excreted in the urine. The cocaine alkaloid, itself, has a very short half-life and generally becomes undetectable within 24 hours while the metabolites of cocaine can be detected in the urine for several days or even weeks depending on the individual and the type of test being performed.

According to the Office of the Chief Medical Examiner, State of Maryland, Baltimore, MD, “The two major urinary metabolites of cocaine are benzoylecgonine (BE) and ecgonine methyl ester (EME). The major advantage of BE screening is that many commercial immunoassays are designed to detect BE.” Urine testing for other cocaine metabolites has evolved with the presence of nearly 15 different metabolites revealing cocaine abuse although not all of these tests are feasible for reasons such as costs.

When cocaine is consumed with alcohol, it creates the metabolite, coca-ethylene, a much more powerful and difficult to expel substance. The metabolite, ecgonidine (EC) is the major metabolite of methyl ecgonidine that; according to the Armed Forces Institute of Pathology, “When cocaine is smoked, a pyrolytic product, methyl ecgonidine (anhydroecgonine methyl ester), is also consumed with the cocaine.” In comparison studies, the Armed Forces Institute of Pathology, found that “urine EC concentrations peaked later than all other analytes and had longer detection times than the other minor metabolites.” For instance, smoking crack cocaine can mean a longer detection window than snorting cocaine and the smoking method is distinguishable by the presence of the additional metabolite. 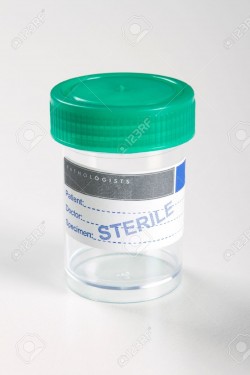 Cocaine urinalysis can determine when you last used Cocaine.

Cocaine is metabolized in the liver where it is quickly turned into the by-product of benzoylecgonine, the most common metabolite tested for. Depending on how much is in the blood and able to travel throughout your body, how fast your metabolism is, and your body mass index, or fat percentage, the benzoylecgonine will break down into the other metabolites in around 3-5 days.

The conversion to other cocaine metabolites detectable in urine is much broader and longer. If the person is continuously reinforcing the amount of cocaine metabolites being stored and removed from their bodies through the metabolism process, they are going to show signs of cocaine abuse much longer than a casual abuser.

Like any other substance that is consumed, upon metabolism, the process of sending cocaine metabolites to fat stores in the body or eliminating its by-products through other processes, such as urination, can get a little tricky. Cocaine metabolites that are not easily passed through the body’s excretion process will ultimately end up stored in bodily fat cells. Those who have a higher body mass index can take longer to expel the metabolites from their systems than a person who is relatively skinny with a low percentage of body fat.

Compromises in Health and Clearing Foreign Toxins from the Body

Cocaine is a highly powerful stimulant drug that elevates moods and energy while producing euphoria in high enough doses. For many, the cravings for more cocaine will begin within minutes after the initial dose is ingested, especially for those who have an increased tolerance for the drug. Cocaine binge patterns can deprive the individual of much needed sleep, food, and hydration they need to maintain their health impacting metabolism and excretion rates.

Cocaine also elevates temperature, heart rate, blood pressure, and stimulates stress systems throughout the body changing or damaging vital organs and system. Since cocaine abusers are subjected to increasingly higher toxicity levels from the additives used in the processing and distribution chains of illicit cocaine sales, cocaine abusers typically display a wide range of compromises in their health which can have also impact the clearing of foreign substances from their bodies.

Passing a Test for Cocaine in the Urine

Although the major metabolite, benzoylecgonine, is thought to be water soluble and flushing the toxins can be helped by drinking lots of water, there is absolutely no way of guaranteeing that you will pass a cocaine urinalysis in 3 to 5 days. Some people may propose increased activities, good nutrition, good health, and more, but, if the test performance is based on the inclusion of other metabolites, the detection windows can range weeks or longer.

Since we know that cocaine purities, routes of administration, poly-substance abuse, durations, frequencies, and amounts can leave residual traces of cocaine that are unpredictable, based on the many biological indicators of the individual user, the only true way to pass a cocaine urinalysis test is to abstain from using cocaine.