How Cocaine Affects the Body

Cocaine is a powerfully addictive drug derived from the coca plant found in South American countries such as Peru and Columbia and trafficked into the United States whereby Americans remain the highest consumers. Cocaine speeds up brain activity and stimulates the central nervous system (CNS) increasing energy, restlessness, anxiety, heart rate, blood pressure, respiration, temperature, and a myriad of other conditions. Its power to produce euphoria and interfere with chemical processes in the brain can lead to debilitating physical and psychological disorders that reduce the quality of life in people long after the last dose of cocaine is consumed.

We can help you find addiction treatment. Call 800-736-5356(Who Answers?) toll free anytime to get the help you need.

Cocaine blocks dopamine transporters and inhibits the reuptake of this naturally occurring chemical in the brain. The buildup of dopamine is what makes people feel “high” by producing the rewarding effects that travel throughout bodily systems. It’s the same chemical that helps guide us in satisfying natural appetites for food, sex, and fun except, normally, the dopamine is released in much smaller quantities and then reabsorbed.

The reward center pathways of the brain have been proven to be the primary mediators of addictive behaviors along with moods, emotions, cognition, and memory functions that lead to the dependency, cravings, withdrawals, and relapse for cocaine and other drugs. Since cocaine is typically consumed via snorting, smoking, or injecting, it reaches the brain quickly. Depending on how rapidly and intensified the cocaine high is for an individual, the more influence the drug will have in not only interfering with neurotransmitter functions, but, also by damaging the structures of the neurons that produce dopamine and help to control other vital systems in the body.

This is why cocaine abusers suffer intense “crashes” when the drug wears off, prompting them to use more of the drug in rapid successions, why their abilities to handle stressful situations tend to decline, and why cravings continue to last. According to the Scripps Research Institute, addiction’s “residual deviation from normal brain emotional regulation (i.e., the allostatic state) is fueled by numerous neurobiological changes, including decreased function of reward circuits, loss of executive control, facilitation of stimulus–response associations, and notably recruitment of the brain stress systems.”

Cocaine affects the body by reducing the need to eat or sleep while being intoxicated and because the person experiences such intense lows when the drug wears off, many people will binge on cocaine as long as their finances and other abilities to do so will allow. Dehydration, vitamin and nutritional deficiencies, insomnia, and sleep disturbances are common. Eventually, the signs of these effects in their health become more easily recognized through extreme weight loss, fatigue and weakness, dark circles under their eyes, pale skin, and a broad range of other physical and mental health disturbances.

A primary characteristic of cocaine abusers is poly-substance abuse where the cocaine may be used to enhance or counter the effects of other drugs. According to the Brown University, “Alcohol and cocaine also combine in the human liver manufacturing a third substance, cocaethylene, which, while intensifying cocaine’s euphoric effects, also increases the strain on the heart and the risk of sudden death.”

Cocaine abusers tend to be reluctant to seek medical, psychiatric, or addiction treatment services and go on for years struggling to maintain their habit or until a catastrophic event occurs. Even first time users are vulnerable to cocaine overdose, toxicity, and other dangerous health consequences which can be fatal or in the least, can have long-term implications in their health. 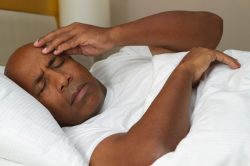 Cocaine has several harmful effects on the body.

One of the main reasons people go to the emergency room for cocaine-related problems is chest pains from cardiovascular problems. Cocaine constricts blood vessels while increasing heart rate and blood pressure. Irregular heart rate and blood pressure can lead to heart attack, stroke, cerebral hemorrhages, seizures, comas, damages to other vital organs, and death. Over time, the muscles and valves of the heart along with the arteries and veins of a cocaine abuser begin to weaken and the potential for cardiovascular problems, heart diseases, and the rupturing of blood vessels increases.

Difficulty and irregular breathing are common when the CNS is over-stimulated by cocaine. Crack lung is a phenomenon shared by many crack users who inhale the toxins of the cocaine, igniter chemicals, and heated metals of crack pipes into their lungs which literally, turns them black and destroys their ability to absorb oxygen and effectively move healthy blood to other vital organs.

The liver is an organ that helps to clear toxins from the blood and without healthy liver functions a wide range of physical problems including death can occur. Hepatitis is a common problem among cocaine abusers who spread the disease by sharing paraphernalia such as straws, needles, and pipes.

Other common problems among cocaine abusers is intravenous injection and unprotected sex where communicable diseases including HIV, AIDs, hepatitis, STDs, and infections are spread from one person to another. Herpes, staff infections, and bacterial infections can be externally noticed while blood-borne diseases are harder to detect. Since cocaine abusers often suffer from poor health conditions in one way or another, their immune systems tend to be comprised in ways that make overcoming infections more difficult.

Cocaine raises the body’s temperature and the person who sweats excessively can easily become dehydrated causing damages to vital organs including the brain, heart, kidneys, and liver. Over-heating and an inability to regulate temperature is a dangerous symptom that can lead to seizures, coma, and death.