It is easy to become addicted to cocaine and many people do become so very quickly. While cocaine abuse can sometimes last only for a short while, cravings will tend to linger more than those of any other drug. The NLM states that “people who stopped using cocaine can still feel strong cravings for the drug, sometimes even years later.” Because of this, cocaine abuse and addiction can cause relapse years after treatment for the drug. Recovery from cocaine is sometimes punctuated with many instances of relapse, and those who are addicted to cocaine often must abstain from caffeine and other mild stimulants just to fight these long-term cravings.

The NIDA states that those who “take cocaine in ‘binges,’ during which the cocaine is used repeatedly and at increasingly high doses” are the majority of cocaine users. Doing this is incredibly detrimental to the brain and its functions. Psychological problems and even full-blown mental disorders can develop after long-term binging such as:

The psychosis sometimes caused by long-term cocaine use does not go away immediately with the cessation of use and can last for some time afterward. “With increasing dosages or frequency of use, the risk of adverse psychological… effects increases.” 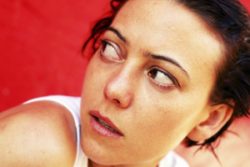 Cocaine can lead to long-term psychological issues, such as psychosis.

A person’s tolerance will continue to increase the longer he or she uses cocaine. As a person’s tolerance gets higher, he or she will take more and more of the drug which can lead to overdose. This is highly dangerous as the effects of cocaine overdose are often deadly. A study from the NCBI states that “cocaine overdose deaths are being reported with increasing frequency.” The longer you take cocaine, the higher your chances are for an accidental overdose caused by taking high quantities of the drug.

Other Long-Term Effects of Cocaine

Cocaine also causes extreme malnourishment over time as users will experience low appetites when using cocaine. Some may attempt to start using cocaine for this reason and find how detrimental it is over time. Because cocaine is a highly addictive drug, many people who start using it continue to and use it for long periods of time. This long-term cocaine use can cause many problems which can take a long time to disappear.