Is there a Cocaine Overdose Amount?

Cocaine is an illicit drug that comes from the cocoa plant in South America. It comes in white powder form or can be mixed with baking soda and other materials and be sold as crack cocaine. Every year cocaine is related to a high number of emergency rooms visits and deaths due to an overdose of the drug. As the numbers rise we might wonder how much cocaine is too much, and if is there a way to know the right amount to prevent an overdose.

Is there a Cocaine Overdose Amount?

Cocaine effects the body differently for different people. Some people have underlying health factors before they ever use the drug which can create complications and cause an increased chance of overdose. People who use cocaine with blood pressure problems or while taking blood pressure medications are at a very increased risk of overdose. Some might take cocaine recreationally and not even be aware that the underlying health problems exist, putting them in greater jeopardy of adverse health effects or overdose.

If cocaine is smoked or freebased it increases the chances of an overdose and also for addiction. Because snorting cocaine requires the drug to be circulated in your blood system and through your heart it takes longer to feel it’s effects, whereas the effects of smoking cocaine are nearly instantaneous because this process is bypassed and cocaine hits the blood system immediately. Chances of overdose are also greater if cocaine is mixed with water and injected into the blood stream directly as it reaches the organs faster.

Cocaine is not made by commercial drug manufacturers. It is made and sold on the street. The buyer has no idea what is mixed with the cocaine or how pure the cocaine is. Drug dealers often mix cocaine with other substances to stretch the drug and make more profit off the sale. It is up to the drug dealers discretion to choose what it is mixed with. It might be mixed baby aspirin or powdered over-the-counter pain relievers. The problem is, you just don’t know. There is no way to know what to expect until the drug is in your system. 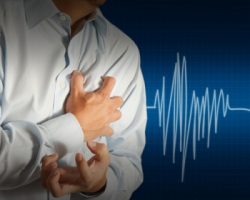 An overdose on cocaine can cause cardiac failure.

Combining the use of cocaine while drinking alcohol or taking other drugs can have deadly consequences. The majority of cocaine overdoses that the emergency room sees each year are because of mixing cocaine with alcohol or other drugs. When the two are mixed it increases the chance of cardiac arrest and depressed respiration which also increases the chance of an overdose being fatal. According to NIH,”Although overdose is usually fatal, treatment is available for users who experience agitation, seizure, arrhythmias, severe hypertension, or other side effects.”

Cocaine addiction occurs when cocaine is used in excess and a tolerance is built up to the drug. Professional treatment to overcome an addiction requires that the drug be detoxed from the system. It is usually recommended that this be done in a professional treatment environment to carefully monitor and treat withdrawal symptoms associated with stopping it’s use which often include psychological distress such as hallucinations and psychosis.