Cocaine overdose causes a number symptoms that can help friends and family members of users recognize whether or not their loved ones have taken too much of the drug. This is important because cocaine overdose can become deadly while also possibly leading to a number of other dangerous results, both physically and psychologically. If you have a loved one who consistently abuses cocaine, it is important to know and to be able to recognize the symptoms of cocaine overdose.

There are a number of important facts you should understand about cocaine overdose.

Some of the effects of a cocaine overdose will only be obvious to the individual experiencing them. This can make it tricky to recognize the syndrome, but in many cases, the person’s behavior will change as a result. 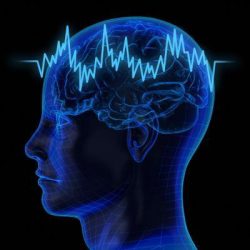 The common symptoms of cocaine overdose include:

Different symptoms may occur with different individuals, and it can sometimes be difficult to separate the signs of an overdose from the typical behavior of an individual on cocaine. However, whenever an individual loses consciousness, complains of chest pain or heart irregularities, or begins to exhibit psychotic behavior, it is important to recognize these symptoms as the severe result of an overdose and to act quickly.

How Should I React to the Symptoms of a Cocaine Overdose?

If you believe your loved one has overdosed on cocaine, it is important not to panic. The National Library of Medicine mentions two important actions you must remember in this situation.

Instead, call 911 and allow professionals to help manage and treat the individual’s symptoms without endangering you or your loved one any further. Because many of the symptoms of cocaine overdose can be harmful to either the overdosing individual or to you, it is important to allow those who know what they’re doing to care for your loved one.

The symptoms of cocaine overdose can be difficult to pinpoint, but it is important that you are able to recognize which of them are true warning signs. That way, you can get your friend or family member the help they need in the event of an emergency.