What Happens in Cocaine Overdose Treatment?

Cocaine overdose can become deadly if an individual is not treated quickly and efficiently for their symptoms. Therefore, this condition is extremely dangerous and requires several different steps of treatment. In addition, an individual will usually need to be transferred into an addiction treatment program in order to ensure that the same effects do not occur again.

The Initial Steps: What to Do at Home

According to the National Institute on Drug Abuse for Teens, “Cocaine can be deadly when taken in large doses or when mixed with other drugs or alcohol. Cocaine-related deaths are often a result of the heart stopping (cardiac arrest) followed by stopped breathing.” If you believe someone you love is undergoing a cocaine overdose, follow these steps for at-home care:

You cannot treat the person yourself at home if they have overdosed on cocaine, but getting them to the hospital and into the care of professionals is extremely important to their overall safety and wellness. 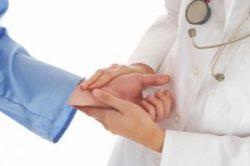 The first step in Cocaine overdose treatment is stabilizing the patient.

Unfortunately, there are as yet no medications that specifically treat cocaine-related medical issues. According to the US Department of Health and Human Services, the MDD (or the Medications Development Department of the NIDA) “is seeking medications that will treat overdose, reduce use, initiate abstinence, and/or prolong abstinence or prevent relapse of cocaine abuse.” In the meantime, however, a person must be treated for their acute overdose symptoms immediately, especially because they may be likely to experience or are already experiencing a deadly symptom like cardiac arrest or stroke.

The individual will often be kept in the emergency department until they can be stabilized. In addition to the physical issues associated with cocaine overdose, the drug may also cause a person to exhibit psychotic behavior, “in which the individual loses touch with reality and experiences auditory hallucinations” as well as violent behavior, delusions, and extreme paranoid (NIDA). In this event, the patient may need to be restrained in order to protect them from hurting themselves or anyone else.

Once any dangerous symptoms have been subdued or neutralized, the individual can begin the next phase of treatment for their cocaine problem.

Cocaine overdose is often a sign that an individual is already addicted to the drug. In most cases, if someone has been abusing it for more than a few months, it is likely they have lost control of their drug use and will need professional help in order to stop. Part of the treatment for cocaine overdose involves helping the individual transition into addiction treatment, or they will only go back to abusing the drug soon after, likely experiencing the same results all over again.

Therefore, the medical professionals caring for someone who has recently overdosed on cocaine will recommend facilities nearby that can help the person change their behavior and learn to control their cravings for cocaine. Depending on how intense their addiction is, they may need to stay at an inpatient facility for a specific amount of time. Otherwise, they may be able to attend an outpatient program.

Generally, cocaine abuse causes an extremely long and considerably intense withdrawal syndrome, which is why many individuals need to attend treatment for a prolonged amount of time. According to the National Library of Medicine, “The level of craving, irritability, delayed depression, and other symptoms produced by cocaine withdrawal rivals or exceeds that felt with other withdrawal syndromes.” For this reason, a person may need intense and long-term addiction and withdrawal treatment after experiencing a cocaine overdose.

What Happens in Cocaine Overdose Treatment?

The first priority of treatment for cocaine overdose is stabilizing the patient and protecting them from any symptoms that could be deadly or particularly harmful. After that, it is important that a patient follows up their overdose treatment by attending a rehabilitation program. This plan not only focuses on healing the symptoms associated with overdose but also helps minimize the risk of the individual overdosing again after they have been treated.