Cocaine psychosis usually refers to the paranoia, hallucinations, delusions, and violent behaviors a person experiences while using cocaine. People suffering from a psychosis are considered psychotic and this means that they have an abnormal condition of the mind and the abnormal functions of the brain have impaired their ability to process or put their thoughts in order. The neurological messages that the brain sends to the central nervous system may be inappropriate, or confused, and sometimes even blocked.

Cocaine is a stimulant that affects brain activity as well as the central nervous system and when the brain becomes overloaded with cocaine, psychosis can develop. It isn’t uncommon for a person who uses cocaine to become agitated, paranoid, anxious, aggressive, or irritated because of cocaine’s powerful psychoactive properties. But when these symptoms become extreme and result in other abnormal conditions, the person has a cocaine psychosis and needs to be clinically monitored to ensure the safety of themselves and others.

The most commonly reported cocaine psychosis is paranoid psychosis which, according to the National Institute on Drug Abuse, is “a full-blown psychosis, in which the individual loses touch with reality and experiences auditory hallucinations.” A cocaine psychosis commonly associated with “crack” users is delirium which is a frenzied, hallucinatory, and potentially fatal condition. This psychosis may present a combination of effects with intense confusion, violent outbursts, psychosis, and hallucinations all occurring at once. The majority of violent behaviors resulting from cocaine psychosis involve crack and if these behaviors are combined with depression, they could lead to suicidal or other harmful tendencies. 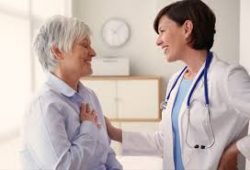 Counseling and other treatment can help you overcome psychosis from cocaine.

Cocaine psychosis treatment is necessary until the brain can become more stabilized and the drugs are out of the person’s system. Treatment consists of safety assurances and supportive care during the acute intoxication phase and as the person goes through the detox process. It is important that the person maintains good hydration, body temperature, blood pressure, and heart rate because these symptoms can lead to other physical impairments such as heart attacks or stroke. In some cases anti-psychotic or other drugs may be administered to reduce the psychosis effects until vital signs can return to safe level.

Cocaine psychosis treatment options should avail the user of the proper medical and resources staff to handle any unexpected occurrences that might arise. Usually, the person enters a hospital or inpatient facility on an emergency basis and there isn’t an option to choose where the detox treatment will occur. Follow up treatment options should address the strategies for remaining abstinent and the person should receive counseling for cocaine addiction as well as any other physical and psychological need. Ongoing support groups and behavioral therapies may differ by facilities and programs, but they are the most effect treatments for cocaine relapse prevention.