When a person exhibits symptoms of cocaine induced psychosis as a result of long-term cocaine abuse, the question is often asked: will this condition be permanent? The issue is that, although there has been research in the area, we are unsure of whether or not the condition of psychosis will be permanent when induced by cocaine and other types of stimulant abuse. Much of the outcome may dependent on variables.

Psychostimulants, a drug category of which cocaine is one, have been known to cause psychosis in individuals who abuse them regularly. Like cocaine, methamphetamine, amphetamine, and other stimulant drugs have been known to cause hallucinations, paranoia, hostility, and/or aggressive or violent behavior in long-term abusers. According to the ADF, “Typically the psychostimulant-induced psychosis resolves after discontinuation of psychostimulant use.” This means that, in many cases, when a person stops abusing cocaine and other psychostimulants, the psychotic symptoms they exhibited start to wane.

There are many cases of individuals who had to be strapped down when brought in for cocaine overdose or abuse and were exhibiting symptoms of psychosis. These individuals did not all experience the same symptoms forever after that. Hence, it is likely that cocaine induced psychosis is not always permanent. 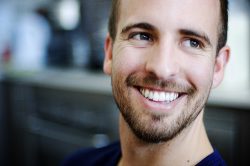 The majority of people who experience cocaine psychosis recover.

According to Yale, cocaine abuse does have affects on the brain that seem to be permanent. These tend to involve an “increased resistance to brain stimulation” and responsiveness. While this is not the same as cocaine induced psychosis, it shows that long-term cocaine abuse can have permanent effects on the abuser’s brain.

This phenomenon has not been explored as deeply in cocaine abusers as it has in amphetamine abusers; therefore, there is still so much we may not know (NCBI 1). It is difficult to assert that there is no permanent form of cocaine induced psychosis without the absolute knowledge that it is always reversible with treatment and time.