When someone abuses cocaine over a long period of time, the psychological effects can be extremely devastating. Unfortunately, we do not even know for sure if all of them are reversible and some seem not to be in certain cases. When someone becomes addicted to cocaine, the psychological effects are often the most problematic, and the individual will need a considerable amount of time to recover from them.

Full-blown psychosis is a result of cocaine addiction which can occur in some users. It is often believed that this condition is uncommon and does not occur in the average cocaine user, but according to a study from the NCBI, “Psychosis, including hallucinations and delusions, has frequently been reported in cocaine users (from 29% to 53% of users).” Addiction to cocaine makes the likelihood of the individual developing cocaine psychosis even higher.

This psychosis can include:

Although this psychosis has often been found to diminish after the individual stops abusing cocaine, there is still not enough information for sure to allow assurance that cocaine-induced psychosis is not permanent. 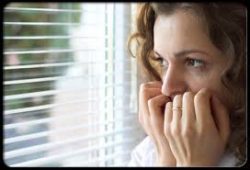 Cocaine can cause paranoia and other psychological issues.

According to the NLM, “The level of craving, irritability, delayed depression, and other symptoms produced by cocaine withdrawal rivals or exceeds that felt with other withdrawal syndromes.” Most of the issues experienced during cocaine withdrawal are psychological, and these will be common in someone who is addicted to cocaine and trying to quit.

The common withdrawal effects of cocaine are:

Many of the symptoms begin to subside after a week or so, but depression and cravings can sometimes last for months afterward. A person may even experience cravings for cocaine years after they have stopped abusing the drug. These psychological symptoms, like many of those associated with cocaine addiction, can last a long time.

Another issue caused by cocaine addiction is that the drug’s effects on the brain are not just specific to changing its reward pathway. Harvard University states, “Several studies have tied heavy use of the drug to… memory and learning problems.” These problems are also persistent, and it can be argued that they may be permanent in certain cases.

Cocaine addiction has many psychological effects on the individual. The drug can cause them to experience psychosis, paranoia, and violent behavior where they never have before as well as issues with memory and learning that linger. And becoming addicted to it can cause withdrawal symptoms which are nearly all psychological. Cocaine is a highly addictive drug so the longer you abuse it, the more likely addiction (and all of its psychological effects) can occur in your life.