5 Reasons Why Treatment is Still Necessary for Infrequent Cocaine Abusers

Cocaine abuse is dangerous whether a person does it frequently or inconsistently, and below are 5 reasons why. Seeking treatment is the only way to end one’s harmful substance abuse, and we can help you find a rehab center that will cater to your needs. Call 800-736-5356(Who Answers?) now.

Cocaine overdose is always a possibility when one abuses large doses of the drug, whether they are a frequent user or not. According to the Center for Substance Abuse Research, “Even one use can cause overdose or death,” and an individual can experience heart attack, stoke, cardiac arrest, and respiratory depression as a result. All of these effects of an overdose can be deadly, and the more someone uses cocaine and the higher their doses are, the more likely this is to occur.

2. Binge Use is Common

Even those who do not abuse cocaine consistently often attempt to prolong their high by binging on the drug. This can cause a number of dangerous symptoms, chief among them a severe withdrawal syndrome that occurs after the individual crashes from their high.

Depression, fatigue, irritability, and anxiety are all symptoms of this syndrome. A person who participates in this behavior once in a while will also be likely to intensify their abuse because they will crave the drug when it leaves their system, causing the same problems that a frequent cocaine abuser faces. 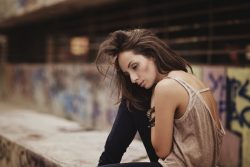 Among cocaine users, polydrug abuse is often popular, and this can be incredibly harmful. According to the National Library of Medicine, “Cocaine is more dangerous when combined with other drugs” such as heroin and marijuana “or alcohol.”

Many people who use cocaine more infrequently will be likely to believe it is safe for them to take other drugs or abuse alcohol as well because they will not see themselves as being in danger of addiction. However, this is a common result of polydrug use, as is deadly overdose.

As stated by the NIDA, “Injecting cocaine can bring about severe allergic reactions and increased risk for contracting HIV, hepatitis C, and other blood-borne diseases.” In addition, those who have only used the drug once or twice could also still be in danger of making risky decisions when they are high, like having unprotected sex, which could lead to life-long consequences.

You may believe you can abuse cocaine infrequently now and that your substance use is completely within your control, but addiction can develop more quickly than you may realize. A number of effects caused by cocaine abuse––tolerance, dependence, cravings, withdrawal symptoms, etc.––could lead you toward more frequent abuse as well as the use of higher doses. Once this begins to occur, it will be incredibly difficult to stop, so seek treatment now while the process of recovery will be much easier.

How Dangerous is Treatment for Cocaine Abuse?

No matter how a person chooses to use cocaine, it is a dangerous substance that can cause a number of serious, nonreversible, and sometimes deadly side effects. Call 800-736-5356(Who Answers?) to find treatment centers that can help you begin your recovery and end your cocaine abuse for good.