Cocaine, a highly addictive Schedule 1 narcotic, remains a fairly popular drug among recreational users. As a central nervous system stimulant, cocaine speeds up neural cell transmissions across the brain and body. Over time, the effects of cocaine start to develop as body processes grow weaker.

Dangerous effects of cocaine can materialize as early as a person’s first time using the drug. Many of the dangers associated with cocaine use have to do with the drug’s ability to keep a person using in spite of harmful consequences. With continued used, psychological and health problems can be further compounded when the effects of cocaine are combined with alcohol.

The effects of cocaine on brain chemical processes directly influence dopamine neurotransmitter secretion amounts. Large amounts of dopamine flowing through the central nervous system (CNS) account for the “high” people experience when using the drug, according to the National Institute on Drug Abuse. Cocaine produces feelings of euphoria, talkativeness and surges of energy for a short period of time.

The effects of cocaine on the CNS elevate a person’s heart rate, respiration as well as most every other major bodily process. Binging episodes place users at high risk of addiction and eventual overdose. In essence, there’s really no safe cocaine dosage amount as overdose can happen any time the effects of cocaine overwhelm vital bodily processes. In terms of addiction, repeated doses result in physical dependence that quickly starts to deteriorate brain and body functions. 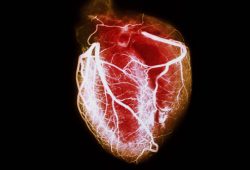 Cocaine is bad for your heart and central nervous system.

As a powerful central nervous system stimulant, the effects of cocaine on the heart have dangerous consequences when consuming large dosage amounts. Increased heart rates cause blood pressure levels to rise while at the same time, blood vessel passageways constrict or become smaller.

Under these conditions, the risk of heart attack and stroke increase considerably. Blood vessel constriction can greatly reduce the amount of blood flowing to the heart as well as to the brain. With high enough dosage amounts, cocaine can result in blood supplies being completely cut off causing heart failure or stroke.

Most cocaine-related deaths are caused by accidental overdose due to the combined effects of cocaine and alcohol. Whether dissolved in alcohol or ingested separately, these two substances reinforce one another in terms of their effects on the body as well as intensifying the “high” a person experiences.

The effects of cocaine and alcohol combined cause the liver to produce a substance known as cocaethylene. Cocaethylene enables users to consume more alcohol than usual when ingesting cocaine at the same time. This only works to increase a person’s risk of overdose. Over time, cocaethylene accumulates inside the liver causing long-term heart problems and increased risk of overdose with each successive use.