According to the National Institute on Drug Abuse, there is no safe way to use cocaine.  While many people know this, it doesn’t deter them from trying the drug.  Cocaine’s lure for many people lies in its fast acting immediate effects.  A person will feel alert both mentally and physically, chatty, and generally on top of the world.  Many users find they can perform many tasks much more quickly and efficiently when on a cocaine high.

Because of these alluring feelings, users will snort, inject, ingest or find other ways to try cocaine.  Regardless of how cocaine is taken, any method has the potential to overload a user’s body with toxic levels of the drug.  If you suspect your friend or family member is abusing cocaine, finding them in a life-threatening situation is a clear way to confirm it; however, knowing how to identify cocaine abuse symptoms before an emergency happens will give you the chance intervene before it’s too late.

Cocaine users will have enlarged or dilated pupils.  The size of the enlarged pupils will vary from person to person but it will be noticeable. According to the National Institute on Drug Abuse, this is a short-term effect.

Large amounts of cocaine can cause a person to suffer from erratic behavior which can include making rash or ill thought out decisions, becoming increasingly unreliable, keeping strange new hours, increased anxiety, and many other symptoms.

Tremors aren’t always visible to the naked eye- rather; cocaine enhances other pre-existing movement issues that the user already suffers from.  Some users may have fully visible tremors while others will only have twitching.

Depending on the amount of cocaine taken and the length of abuse, a user will become increasingly aggressive and violent.  This change in behavior is usually first noticed by overreactions and illogical responses to simple conflicts. 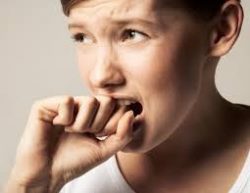 Anxiety appears in many visible symptoms such as:  shortness of breath, problems sleeping, pacing, repeated motions like washing hands, and an inability to sit and stay calm.  A sure sign of cocaine abuse is a person that exhibits behaviors like these for an extended period of time.

Cocaine impairs a person’s ability to reason, which is why paranoia is often a prominent trait in a cocaine abuser.  Paranoia includes irrational fear; feeling threatened with no logical reason, and increased suspicion without justified cause.

Changes in the heart rate are always part of cocaine abuse.  Typically, increased heart rate is a short-term effect of cocaine; however, it leads into the long term health effects including changes in heart rhythm and potentially a heart attack.

Hallucinations can occur during a first time overload or after long term use.  Tolerance to the drug is built up and the user often needs to increase the dose to get the same high.  With the increased dosage, users can hear things that aren’t there and potentially lose touch with the reality around them.

One of the most well known cocaine abuse symptoms is the runny nose  Users who snort cocaine or press it into the lining of their nose experience inflamed noses, nosebleeds, and issues swallowing.

Cocaine decreases a user’s appetite.  Steady use over a short or long period of time can cause extreme weight loss and visible signs of malnutrition.