Recognizing the Need for Treatment for Cocaine Addiction

Cocaine has been used for centuries as a stimulant drug and for anesthesia purposes in medicine. In the United States, cocaine is categorized as a Schedule II drug with a high potential for abuse because of its powerful euphoric effects. Cocaine became a popular drug in the 1980’s and 1990’s and while it usually comes in the form of a powder to be snorted or diluted for intravenous injection, cocaine has also been abused by smoking methods known as “freebasing” or smoking “crack”. The rise in cocaine abuse has reached epidemic proportions and According to the National institute on Drug Abuse, “repeated cocaine use can produce addiction and other adverse health consequences.”

Cocaine tolerance can be developed and the person needs more of the drug to get “high”, subsequently, this can lead to greater dangers and the person puts themselves at high risk for physical complications, including heart attacks, strokes, or overdose. IV use of cocaine produces an immediate and intense “rush” as cocaine reaches the brain rapidly. The user is at risk for diseases such as hepatitis, HIV, and AIDs, from sharing needles and other paraphernalia as well as engaging in risky sexual behaviors. Smoking “crack” or freebasing cocaine also produces a quicker “high” and is a common cause for emergency room visits relating to cocaine. Another way cocaine is abuse is by adding it to other psychoactive substances such as heroin, which is also known as “speedballing”, to enhance the effects. This method of abuse increases the dangers of overdose and death.

Recognizing the Need for Treatment for Cocaine Addiction 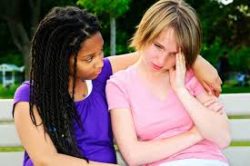 Getting professional treatment can help you overcome addiction!

The most effective treatment for cocaine addiction involves detox and behavioral therapies that get the addict off of cocaine and help them to reconstruct their lives appropriately so that they can remain abstinent from use. Other elemental needs require physical and psychological interventions to address the addict’s environmental, social, and familial problems with ongoing support which is critical in cocaine recovery.

Addiction to cocaine causes the person to use cocaine despite the all the dangers and negative consequences. Psychologically, the person becomes unable to control their emotions and they may experience intense mood swings that can put themselves or others in danger. Cocaine addicts suffer from anxiety, depression, psychosis, and many mental health disorders which they try to avoid by repeatedly using cocaine. The problem is, cocaine use makes all of the problems worse. Without treatment and resources to maintain abstinence, most cocaine users will continue to use because of the alluring effects of cocaine euphoria. Relapse on cocaine is common and recognizing the need for treatment for cocaine addiction is just the beginning. Cocaine cravings and other psychological effects can last for months or years with some side effects lasting permanently.