How Long Will I Experience Cravings for Cocaine?

Cocaine cravings can seem to last forever. In fact, according to the National Library of Medicine, “The level of craving… and other symptoms produced by cocaine withdrawal [and cocaine abuse in general] is as strong as other types of withdrawal, or even stronger.” Therefore, it is important to expect to experience cravings for the drug for a long time after you stop taking it. But how long should it be in general?

Cravings for Cocaine Can Last Years

Most of the time, you may not even think about cocaine after you have been in recovery for several years. But when something does cause you to experience cravings, these will be intense and, in some instances, as intense as they were when you first quit. 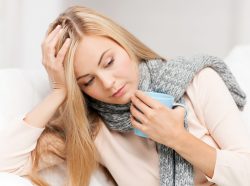 You should avoid caffeine and other stimulants that can trigger cocaine cravings.

The cravings for cocaine may come out of nowhere, but they can also be triggered by certain things. According to the National Institute on Drug Abuse, “Recent studies have shown that during periods of abstinence, the memory of the cocaine experience or exposure to cues associated with drug use can trigger tremendous craving and relapse to drug use.” Consequentially, if you see or do something that your mind associates with your former drug abuse, it could cause you to desire the drug immensely, even years after you stopped. Some people in recovery must abstain from all stimulants in general, including coffee, and other things that make them feel similarly to how they felt when on cocaine to avoid this problem.

How Long Will I Experience Cravings for Cocaine?

It is difficult to say for certain how long a person’s cravings will go on, but there are ways to cope with them and reduce the amount and intensity of them. For example, avoiding certain foods and other substances, getting rid of things that remind you of your drug abuse, and avoiding certain places you associated with cocaine abuse can help minimize the chance of experiencing this effect. You can make a difference in your life by recognizing the things that will trigger you and coming up with a plan to avoid or cope with these triggers before they create cravings.

Still, you may experience cravings at certain times without warning, and it is important to be aware that this could still happen even after your initial cocaine addiction treatment program has ended and even after you have begun to feel stable in your recovery. You must always be aware of the possibility of experiencing cravings and to be ready to deal with them if they occur.

If you have more questions about cocaine abuse, the effects it causes, or treatment for cocaine addiction, call 800-736-5356(Who Answers?).