Cocaine addiction is a serious issue, mostly because of the sheer longevity of the withdrawal syndrome, the cravings, and the other complications associated with the disorder. When a person becomes addicted to cocaine, they will often experience the after effects for a very long time, a problem that can make one feel as if they will never stop being addicted to the drug.

Why Does Cocaine Addiction Recovery Feel So Long?

It feels like it takes a long time to recover from cocaine addiction because it really does take longer than the process involved with other drugs of abuse. For one, “the craving and depression” associated with cocaine withdrawal “can last for months after stopping long-term heavy use (particularly daily use),” whereas the withdrawal symptoms caused by other drugs of abuse often only last for a week or two (National Library of Medicine).

Even more problematic, according to the US Department of Veteran Affairs, “Individuals may experience brief periods of intense drug craving, such that objects and people in the addicted person’s life can become a conditioned trigger for craving and relapse.” This can happen months or even years after the individual’s last use.

Recovering from the physical effects of the drug is also difficult, as cocaine can cause malnourishment, severe weight loss, sexual dysfunction, lung disease, and gastrointestinal problems, all of which cannot be reversed quickly. Cocaine abuse also compromises a person’s ability to cope with anxiety and other negative emotions and can cause mood disturbances, the symptoms of which can last for years after their abuse ends.

During Recovery, Am I Still Addicted to Cocaine? 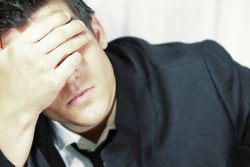 Over time, withdrawal symptoms and cocaine cravings will become much more manageable and less frequent.

Unfortunately, yes. When you are receiving treatment and even when you begin to slowly put the pieces of your life back together, you are still considered addicted to the drug. As stated by the National Institute on Drug Abuse, “If addiction takes hold, the risk for relapse is high even following long periods of abstinence,” and even if you do not experience severe cravings for a prolonged amount of time, there is still a strong chance that you may, suddenly and without warning, experience them again.

There are many schools of thought on addiction and whether or not a person can actually overcome it completely or if it is, instead, a disease that the individual must live with and manage for the rest of their life (similar to diabetes or asthma). Cocaine causes issues after addiction sets in that often last much longer and continue later into the recovery process than any other drug, but with patience and diligent practice of your treatments, you will eventually begin to see a difference in your recovery.

Depending on how you view it, you may or may not ever feel that you are completely over your addiction to cocaine. But over time, it will become easier for you to abstain from the drug and your craving periods and withdrawal symptoms will occur less and less. Eventually, you will feel your addiction to cocaine no longer has the hold on you that it once did. If you have more questions about stimulants or if you want to find treatment for cocaine addiction, please call 800-736-5356(Who Answers?).