According to the National Institute on Drug Abuse, cocaine is an addictive stimulant drug that is commonly abused. When a person takes cocaine, the drug will produce a short-lived, yet powerful, euphoric high, and while a person is under the influence of cocaine they will feel more alert and energized.

Cocaine use has been around for decades, but cocaine abuse tends to lead a person down a dangerous and troublesome path. Every time a person abuses cocaine the high from the drug will wear off quickly, resulting in them needing more of the drug. However, every time they use the drug they will need more than they did the previous time. This abuse of the drug can cause a person to take too much cocaine, and it will impair their brain chemicals.

After a person has spent a day or night abusing cocaine, the following day, if they no longer have access to the drug they will feel fatigued and depressed due to their depletion of serotonin and dopamine. This can cause a person to use more cocaine to avoid the feelings of depression. This cycle can lead a person to develop an addiction to cocaine, and cocaine addiction can cause a great deal of damage to an individual’s brain and body.

According to the U.S. National Library of Medicine and National Institute of Health, physical symptoms are not as common in cocaine detox as they are with other drugs, such as the uncontrollable shaking or vomiting that is common with alcohol or heroin detox.  However, the psychological withdrawal symptoms from cocaine is far more powerful than other drugs, and they can be extremely difficult.

Psychological withdrawals may not be as painful as physical withdrawals, but they are the withdrawal symptoms that cause most people to relapse; this makes cocaine addiction especially difficult for a person to learn to manage. 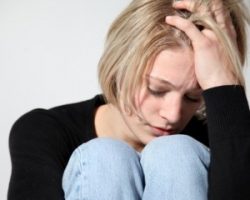 Cocaine withdrawal is unpleasant, and can cause anxiety, mood, swings and fatigue as well as other physical and psychological symptoms.

The psychological withdrawals from cocaine detox can last for months, and because of this, it is important for person to receive help from a psychiatrist when they are detoxing from cocaine. Cocaine addiction is manageable and with the right treatment, a person will be able to live their life again free from cocaine.