Although cocaine withdrawal is not necessarily as severe as withdrawal from heroin or certain types of prescription drugs, the pain and suffering that a user goes through when he or she decides to quit using cocaine is still very real. Cocaine withdrawal makes waking up a challenge, it can make staying clean a challenge and it makes remaining consistent and solid in the decision to stay sober a daily battle within one’s self. Fortunately, cocaine withdrawal doesn’t last forever and there is help! Call 800-736-5356(Who Answers?) to learn about cocaine withdrawal treatment options.

What is Cocaine Withdrawal?

Cocaine withdrawal takes place when a user who has been heavily abusing cocaine abruptly quits using the drug or dramatically reduces the drug use. There are a number of symptoms that the user will experience when he or she decides to quit using, and while these symptoms may be difficult to cope with, they will not last forever. Cocaine produces a sense of job by causing a chemical change in the brain when it is used. These changes begin to effect the long-term stability of the brain and a user’s happiness when the drug is repeatedly used.

Withdrawal is the result of no longer getting the stimulating effect that is responsible for making the user “feel good.” When the cocaine binge ends, there is a significant crash in energy and in mood. As withdrawal sets in, the user will crave the drug, will continue to feel tired and lethargic without the drug and will have a sustained lack of pleasure as a result of no longer being “high” on cocaine.

Various symptoms can present when a user is suffering from cocaine withdrawal. On the lowest scale, cocaine withdrawal symptoms will include lethargy and fatigue. As the symptoms persist, the user will likely feel anxious and heightened anxiety will continue to plague the recovering addict for a few days or potentially a few weeks as the remnants of the cocaine toxins are eliminated from the body and the user gradually returns to a normal functioning state. 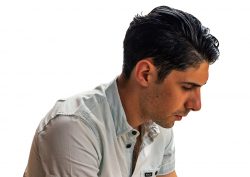 Depression and the inability to feel pleasure are potential cocaine withdrawal symptoms.

Most of the withdrawal symptoms a user will experience when recovering from cocaine addiction are more psychological in scope. They don’t necessarily resemble the physical side effects that are often expected in withdrawal such as is the case with heroin or prescription drug withdrawal. Unfortunately, this doesn’t necessarily make cocaine withdrawal any easier to cope with.

Many different methods of treatment and support are available to help those who are suffering from cocaine withdrawal symptoms to effectively cope with the feelings and thoughts that they are having. Support is a major player in the recovery from cocaine addiction as much of the aftermath of having used cocaine for a prolonged period of time is related to psychological instability such as depression and sadness. Various types of support groups are available to help people cope with withdrawal and with the cravings that continue long after cocaine addiction recovery has been started.

Cocaine Anonymous is one major support group that helps with cocaine withdrawal and recovery. Here, addicts can come together to discuss their feelings and thoughts pertaining to cocaine addiction, withdrawal and treatment in a safe environment where there is no judgment or pointing of fingers. This 12 step support group is ideal for those who are ready to make the commitment to staying abstinent from cocaine abuse and to getting sober.

How Long Does Cocaine Withdrawal Last?

Cocaine withdrawal is different for every individual. For some, cocaine withdrawal will be a simple scenario that takes just a few weeks to overcome and leaves behind very few side effects. Unfortunately, for others, cocaine withdrawal can leave behind an aftermath of destruction that makes continued abstinence a continuing challenge at best. For many people, cocaine withdrawal symptoms such as cravings and depression can persist for many weeks or months following the last use of cocaine. This can make the continued effort to remain sober very difficult for the recovering addict.

For most people, the symptoms of cocaine withdrawal will begin to set in after just a few hours. The user will feel tired and lethargic, sleep may come inevitably and the user will want to spend a lot of time catching up on sleep. When the user awakes, he or she will likely have cravings to get “high” and may be irritable or agitated. After a few days of not using, depression will set in and nightmares may take place when sleeping making it hard for the user to get a good night’s sleep. These symptoms will last for a few weeks in most cases but in severe cases could persist for a few months or may last even longer than that.

Many different options exist to help a user overcome cocaine withdrawal and remain sober. Cocaine withdrawal treatment will include support, counseling and medical intervention to help the user overcome the cravings and the depression that often ensues with such an addiction. The primary focus of withdrawal treatment will be to stabilize the patient so that he or she can receive proper counseling and support to prevent relapse and to continue to help them to grow in their sobriety. It’s important to note that cocaine withdrawal treatment is only the first step in the recovery process, but it’s also a very important step. Once you are stabilized and feel better, you can begin to learn how to prevent such an addiction from plaguing you in the future.

To find cocaine withdrawal treatment programs that fit your needs, call 800-736-5356(Who Answers?).