Injecting any type of addictive drug into the bloodstream greatly increases the dangers associated with drug abuse. Cocaine, one of the most powerful stimulants on the market, carries a high addiction potential regardless of how it’s used. When injected, the dangers of cocaine use become all the more worse.

Anyone who’s used cocaine well knows the feelings of euphoria and energy the drug produces. Couple these effects with the immediate satisfaction gained through IV use and users can quickly make cocaine a part of their everyday life.

Cocaine’s workings within the brain take on a snowball effect as cravings for the drug grow stronger and stronger with each use. Compared to cocaine injections, smoking and snorting practices pale in comparison in terms of the overall dangerous effects involved.

According to the National Institute on Drug Abuse, cocaine in powered form can be ingested in two ways: smoking and injecting. While smoking delivers the quickest effects, injecting cocaine produces a more intense “high” effect.

Users typically dissolve cocaine powder into a water solution as preparation for injection. Repeatedly injecting cocaine into the veins can eventually lead to the deterioration of the skin and blood vessel linings.

Nowadays, cocaine in powder form may be cut with any number and type of additives, placing users at considerable risk of developing residue build-up along blood vessel passageways. This risk coupled with the potential for bacterial and/or viral infection increases the likelihood of serious cardiovascular problems down the road. 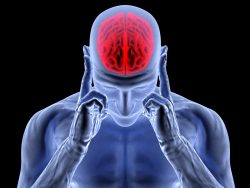 Taking cocaine by injection leads it directly through the bloodstream into the brain.

When injected, cocaine travels through the bloodstream and into the brain within 15 minutes time. Once inside the brain, cocaine exerts its greatest effect on dopamine neurotransmitter processes by increasing the amount of dopamine present in the brain.

Dopamine plays a central role in regulating pain and pleasure sensations throughout the body. This includes the overall sense of well-being a person has under normal conditions. Over time, the brain relinquishes its control over to cocaine’s effects. At this point, dopamine levels in the brain are at the mercy of the drug.

As a highly addictive stimulant drug, drug cravings and withdrawal effects can be especially intense for cocaine users. Even when injected, cocaine produces a short-lived “high” that easily drives users to continue injecting the drug.

After a certain point, users start to inject the drug repeatedly in an attempt to experience the desired “high” effect. This practice is known as bingeing. Bingeing practices place considerable strain on heart and brain functions and place users at serious risk of overdose, stroke and cardiac arrest.

According to the National Highway Traffic Safety Administration, cocaine’s ability to increase dopamine levels directly alters how the brain’s reward system functions. This system enables a person to distinguish between positive and negative experiences. With continued use, the brain reward system starts to view cocaine as a necessary substance for survival.

While the brain and body do develop a physical dependency on cocaine’s effects, addiction develops out of the drug’s effects on the brain’s reward system. Once users become addicted, their thoughts, behaviors, motivations and priorities all center on getting and using cocaine.