According to the National Institute on Drug Abuse, cocaine is a powerful central nervous system stimulant that will increase the levels of dopamine in brain circuits, which regulate pleasure and movement. With repeated use, cocaine can cause changes in a user’s brain’s reward system and other systems, which often leads to addiction.

A person who begins to abuse cocaine is at a higher risk for cardiac arrest and will impair their brain’s chemicals every time the use the drug. Cocaine abuse, even if for one night, will lower a person’s dopamine levels the following day causing a person to feel depressed and fatigued throughout the day; this can also last for several days. Furthermore, a person abusing cocaine has a high risk of developing an addiction to the drug, which will cause them to compulsively seek out and use the drug. Over time this cocaine use can be fatal and dangerous to a person’s health.

Are You Addicted to Cocaine?

According to the National Institute on Drug Abuse, the euphoric feeling from snorting cocaine typically last 15 to 30 minutes and in order for a person to keep their high, they commonly will use the drug in a binge pattern; which means they will take the drug repeatedly within a short period of time at higher doses. This binge using can easily lead to addiction, which is a chronic relapsing disease caused by changes in the brain. 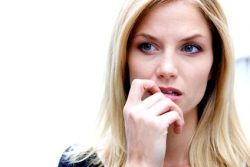 Cocaine interacts with and modifies the brain’s reward system, a fact that causes addiction and makes quitting difficult.

If you are worried about being addicted to cocaine, you may want to talk to a counselor about your concerns. If you feel the need to use cocaine frequently and are having a hard time controlling your usage of the drug, then you may have a cocaine addiction. In addition, if your cocaine usage is causing problems to arise in your life, such as the loss of important relationships or the pulling away from friends and family, and you still use the drug, you may have a cocaine addiction.

Cocaine abuse and addiction are both dangerous, and you should receive help to stop your drug use so that you do not cause any more damage to your body. Prolonged abuse of cocaine can lead to permanent brain damage and cocaine addiction is a chronic disease that you will battle for the rest of you life, so the sooner you get help, the sooner you can live your life again without the need of using cocaine to feel happy. Cocaine addiction can take control of your life and if you do not get help, your disease will continue to get worse.