Cocaine is a powerfully addictive stimulant that enhances activity in the brain and increases alertness, excitation, restlessness, anxiety, heart rate, blood pressure, respiration, irritability, paranoia, and arousal, while decreasing appetite. It is a Schedule II drug under the Controlled Substances Act and although in the past it was used for many medical purposes, the uses are now limited in the United States. The onset of cocaine effects can be immediate, depending on the method of abuse and how fast the drug reaches the brain, there is an intense euphoric effect known as a “rush.”

Cocaine abusers can quickly develop a tolerance to cocaine’s effects and this causes them to take higher and higher doses. Prolonged use of cocaine, such as binging, usually causes paranoia and repeated use causes addiction. Most cocaine addicts will binge on the drug until they run out or have exhausted themselves. They, then, suffer a “crash” where they are physically and mentally exhausted and depressed which may last several days or until they use again. Cocaine may be snorted, intravenously injected, or smoked and in the last few years, there has been an epidemic rise in “crack” cocaine addictions.

Cocaine addictions are difficult to treat and relapse often occurs. Addiction to cocaine is mainly psychological and there is no proven medication to combat cocaine addiction although medications to reduce cravings, anxiety and sleep disturbances during detox are occasionally used. According to the National institute on Drug Abuse, “treatment of cocaine addiction must be comprehensive, and strategies need to assess the neurobiological, social, and medical aspects of the patient’s drug abuse. Moreover, patients who have a variety of addictions often have other co-occurring mental disorders that require additional behavioral or pharmacological interventions.” Therefore, the most promising cocaine addiction treatment programs will provide an inpatient detox with support for withdrawals followed by behavioral therapies and professional interventions to address the myriad of health, social, familial, and other environmental problems that will lead to sustained abstinence for the addict. 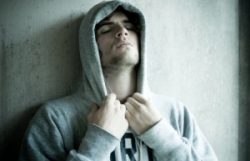