As one of the most addictive drugs of all, once a person starts using cocaine, the ability to control dosage amounts and frequency of use grows progressively weaker with time. Cocaine side effects target the brain’s dopamine cell receptors, releasing large quantities of dopamine into the central nervous system. The resulting feelings of mental alertness, euphoria and increased energy create their own reinforcing effects on the body and the mind.

According to the National Institute on Drug Abuse, cocaine produces a short-term high that ranges anywhere from a few minutes to an hour. This short duration time combined with ongoing cocaine side effects makes addiction all the more likely.

While each person’s body may react differently, the 15 most common cocaine side effects to consider include:

As a central nervous system (CNS) stimulant drug, cocaine speeds up most every process in the body. Physical changes happen as soon as cocaine enters the system, some of which include:

Some people experience adverse cocaine side effects as of the first dose. Adverse reactions include:

Any one dose of cocaine can cause adverse neurological effects, such as headaches, strokes, seizures and even coma.

Cocaine’s stimulant effects on the digestive system can bring on nausea as well as severe abdominal cramping. 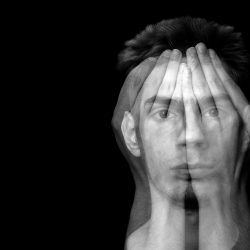 Cocaine has a number of side effects which should be noted by individuals who use the drug.

For some people, adverse cocaine side effects become more intense the longer a person uses. A person may start to experience worsening symptoms of extreme anxiety, convulsions and vertigo or a distorted sense of balance whenever using cocaine.

With continued use, a person’s psychological health becomes compromised to the point where he or she experiences feelings of paranoia and panic attacks on a regular basis.

For as long as a person uses cocaine, tolerance levels continue to rise. This side effect in particular poses the greatest risk for addiction.

As brain functions deteriorate from ongoing cocaine use, a person may start to develop psychotic symptoms, such as hallucinations and losing touch with reality.

At the end of a cocaine binge or when a person tries to stop using, users “crash,” which usually entails a long period of sleep that lasts a day or more, according to the U.S. National Library of Medicine.

Strong cravings – both physical and psychological- for more cocaine often occur either before or after a person crashes.

After so many weeks or months of using, brain chemical levels remain in an imbalanced state. Feelings of depression persist no matter how much cocaine a person consumes.

Signs of fatigue start to develop as cocaine side effects essentially “burn out” brain and body processes.

With long-term use, depression symptoms can become so severe as to drive a person to contemplate and even attempt suicide.