The effects of cocaine use are typically short-lived lasting only a few minutes to a couple of hours at most. The intense high that the user experiences at first will very quickly wear off leaving the user feeling an urge to use the drug again in order to prevent the viscous crash and burn cycle that is so common with cocaine abuse. Cocaine effects are powerful, but because they are so short, tolerance to the drug can develop quickly causing the user to be at an increased risk of becoming addicted rather quickly as well.

When the user takes cocaine, either through injection, by smoking the drug or by snorting it, the immediate effects include heightened alertness, paranoia, increased heart rate and muscle spasms. These effects can quickly lead into other immediate effects such as anger or hostility toward others, agitation and anxiety. People who abuse cocaine for a period of time or who become addicted to cocaine are likely to experience many of these same effects when they aren’t high.

There are no safe levels of cocaine use as this drug is trafficked on the streets and there is no way to know the purity of the drug. The result is varied levels of the drug in the substances that are being abused and an increased risk for overdose or serious side effects resulting from having used other substances when the user believed he or she was taking cocaine. No matter how cocaine is used or how much is used, there is always a risk for heart attack, stroke, seizures, convulsions and sudden death if cocaine is being used.

If you abuse cocaine and need help quitting, call us toll-free at 800-736-5356(Who Answers?) to speak with an addiction specialist.

Long-Term Effects of Cocaine Use

Many long-term effects can stick around with the user even after cocaine abuse has stopped. According to the National Institute on Drug Abuse, consistently using cocaine can and will lead a user to develop a tolerance and to crave the drug. The term, “dope fiend” actually came during a time when people were heavily abusing cocaine and the level of tolerance seen in people was increasing to a point in which users were actually craving the drug so significantly that they could not stop thinking about it or acting upon their cravings.

Users cannot reliably predict the level to which they will become addicted to cocaine if they abuse the drug. Some people can use cocaine over and over again without ever really feeling like they “need” the drug when they aren’t using it. Other people may only use cocaine a handful of times and find that they have significant cravings for the drug when they are not high. Research does show that when cocaine is not being used, the user can still have extensive memories of the drug use and may even experience exposure cues that make them have very strong cravings for the drug. These cravings often result in relapse.

As the user repeatedly uses cocaine, the brain actually changes and the reward pathway loses sensitivity to the drug. This lack of sensitivity is known as tolerance and it is the first sign of cocaine addiction. Tolerance will cause the user to require more and more of the drug in order to produce the same level of pleasure that was once felt from a smaller or less frequent dose of the drug. Tolerance can also cause users to become more sensitive to various accommodating elements of the drug such as the ability for cocaine to cause anxiety and toxicity.

Short Term Effects of Cocaine Use

According to the National Library of Medicine, after just a single dose of cocaine the user will experience the short-term effects of the drug. These effects may only stick around for an hour or so but they can still cause serious dangers for the individual especially if allergic reaction, toxicity or overdose should occur. When cocaine is used in a moderate amount, the short-term effects may include: 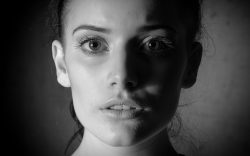 Cocaine makes users feel awake and euphoric, but the effects do not last long.

Many people believe that using cocaine in small amounts helps them to focus and work on intellectual tasks more effectively and efficiently but others report an opposite effect when they use the drug. Most of the time, the short-term effects of cocaine use only last for about 30 minutes at most. In many cases, especially when cocaine is smoked or injected, the effects come on very, very quickly and they also seem to dissipate very, very quickly. Cocaine effects can be as short-lived as just 5-10 minutes in some cases, causing the user to resort to using excessive amounts in order to keep the high going.

There is no way to know how cocaine will impact your daily lifestyle, how it will impact your thinking and how its effects will linger with you. For some, cocaine use will have minimal effects while for others, the effects of cocaine can cause serious consequences that may never quite be overcome.

To find a cocaine addiction treatment program for yourself or a loved one, call 800-736-5356(Who Answers?) today.