How the Side Effects of Cocaine Can Ruin Your Life

Everyone knows that cocaine use can ruin a person’s life. Not many people discuss how the side effects of cocaine can ruin your life. When talking about the different side effects, most people do not consider their impact. They understand that there are side effects but never quite see the consequences of them. Cocaine’s side effects are capable of overrunning and ruining every aspect of your life and health.

According to the National Institute on Drug Abuse, two of the most common effects of cocaine use are increased heart rate and blood pressure both of these can lead to heart attack or stroke and can kill you. Some of the side effects of cocaine can also cause constriction of the blood vessels in the intestines and bowels. This causes gangrene and the need for surgery or if allowed to persist, death. Dying will definitely ruin your life.

Many people state that these risks will never happen to them or that they can avoid these risks. Unfortunately, they happen to thousands of cocaine users per day.

The side effects of cocaine affect a person’s mental health by making them anxious, irrational, and paranoid. Each of these can have a lasting effect on a person’s life.

According to the National Library of Medicine, another way that cocaine’s side effects can ruin your life is if you end up with a condition called cocaine induced psychosis. This is a condition that causes psychotic behavior when someone is using, did use, or is withdrawing from cocaine. The behavior can range from suicide to self-mutilation to homicide. Almost all of the behaviors related to cocaine induced psychosis can cause you to do things that will ruin your life.

Most recovering addicts will tell you that cocaine ruins relationships. The mood swings, paranoia, and irritability are difficult for someone who is close to an addict, watching it happen. People on cocaine alienate those around them who do not use drugs. In particularly bad incidents, they may steel, lie, or cheat those that care most for them. This creates a permanent mistrust between you and those that you love. Even if you go through rehab and stop using, you will always wonder if they blame you for the things you did and they will always wonder if you are using again. 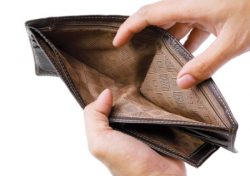 Although many people who casually use cocaine do not suffer a full economic impact, those who are addicted to it do. Cocaine use is expensive and the drive to use it is extremely powerful. This causes a person to use more, as they use more a tolerance builds, the tolerance causes them to use even more to achieve the same effect. As their use increases so does the cost. Addicts often find themselves using money for rent and bills to purchase cocaine. They might lose their home or have their electricity turned off. Being late to work or absent from work causes them to lose their job. This eventually leads to homelessness and poverty. Many of the homeless on the streets are there because of a drug addiction.

The obvious legal side effects to using cocaine are arrest and incarceration. Both of these can easily ruin your life. Since there is a hefty sentence for cocaine or crack cocaine possession and it is a felony in many places, you might have issues getting a job, loan, car, residence, and many other things once convicted.

The legal issues do not end there. If you cause injury or death to a person while on cocaine even accidently, you can be looking at both a criminal and a civil suit, not to mention that injury or death on your conscience. There are also the legal issues associated with eviction and homelessness to consider when deciding whether the legal side effects of cocaine use will ruin your life.

How to prevent these side effects from ruining your life