How Much Cocaine is Too Much

Cocaine is a powerful central nervous system (CNS) stimulant that is derived from the coca plant and widely abused for its ability to elevate moods increasing energy and euphoria. It is also the only CNS stimulant drug that has anesthetic effects for which it is has limited medical purposes.

How much cocaine is too much is a fairly simple question to answer when it comes to the fact that even a first time cocaine user risks overdose and toxic poisoning from the drug. As stated by the NIDA, “Cocaine use ranges from occasional to repeated or compulsive use, with a variety of patterns between these extremes. Other than medical uses, there is no safe way to use cocaine.”

We can help you find addiction treatment. Call 800-736-5356(Who Answers?) toll free anytime to get the help you need.

Most of the cocaine in America is trafficked in from Mexico and South American countries where the cocaine is extracted from the coca plant using various toxic chemicals to make a cocaine paste. This paste is later broken down into powder or freebase forms for snorting, smoking, or injecting.

By the time the drug hits the streets and has been “stepped on” throughout the distribution chains, the true contents of any cocaine dose is unpredictable. Yet, on an average day, according to a 2014 report from the Center for Behavioral Health Statistics and Quality, combined 2011 and 2012 NSDUH data indicated that an estimated 51,319 young adults used cocaine with an estimated 1,200 young adults using it for the first time.

Recent trends indicate that the purity of cocaine has steadily declined over the years. Efforts to increase profits and disguise the drug for trafficking purposes by the addition of adulterants has led to an increased risk of toxicity poisonings when using the drug. Alarmingly, abusers of cocaine are experiencing higher rates of medical, neurological, and psychiatric disorders than ever before with elevated risks of developing permanent disabilities from the very first dose.

According to the DEA, nearly 70% of illicit cocaine tested from domestic drug seizures contained the chemical phenyltetrahy-droimidazothiazole (PTHIT), an anti-worm medication no longer approved in the U.S. or Canada due to its high toxicity. Since 2005, this has become the common trend in cocaine distributions from Columbia, a major player in cocaine’s trafficking chains.

Another recent trend and concern is the addition of chemicals to disguise the drug for trafficking purposes which then, requires another chemical process to extract the cocaine from those forms. Several seizures of black cocaine have been made disguised as industrial ink or cartridge toner, as religious icons, or other materials and items. Separating the cocaine from other substances is not an exact science. Therefore, in today’s world, trusting in any cocaine purity is totally unfathomable with all the exchanges involved. 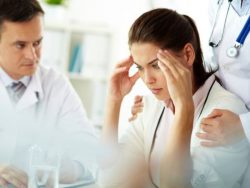 Cocaine can cause long-term damage to your health.

Beyond the deviated purities of the drug, every dose of cocaine has the potential to cause danger. Many cocaine abusers are poly-substance abusers or IV users who take an extremely high risk every time they use the drug. Both younger and older adults may be a bit more naïve to the deviations that permeate drug abuse populations and trusting in cocaine doses that another person deems safe can lead to sudden death.

Cocaine interferes with chemical processes in the brain that controls emotions, moods, movement, cognition, behaviors, and memory. Every person develops their own uniquely natural way of managing these processes through neuronal adaptations and experiences that are influenced through both internal and external factors.

Cocaine blocks dopamine, norepinephrine, serotonin, and other neurotransmitters from being reabsorbed resulting in a chemical buildup between the nerve cells. By blocking the reuptake of dopamine, the person experiences intense euphoria, but, this naturally occurring chemical helps to mediate rewards and other functioning processes critical to survival. A brief cocaine encounter can set off a chain of adverse symptoms simply by disrupting or damaging these systems.

Since cocaine is normally consumed via rapid delivery methods such as snorting, smoking, or injecting, its powerful chemicals reach the brain much faster intensifying its effects. Depending on dose, methods of use, drug abuse histories, poly-substance abuse, metabolism, physical or mental health status, and other factors, the person may or may not be able to overcome the adverse conditions they experience.

In 2011, cocaine was involved in an estimated 40.3% of an estimated 1,252,500 emergency department visits involving illicit drug misuse or abuse, according to the Drug Abuse Warning Network. Some cocaine users suffer cardiac arrest, stroke, seizures, or sudden death on their very first cocaine trial. Inability to regulate temperature, respiration, or cardiovascular systems can damage vital organs including the brain simply from reduced oxygen or blood supplies.

Some users experience a psychosis that causes them to do dangerous things as a result of paranoia, panic, delusions, or hallucinations. Mutilation and other self-harming behaviors are common among cocaine abusers. If too much is consumed, they may develop the psychosis commonly referred to as “coke bugs” where the person believes that bugs are crawling under their skin. Loss of inhibitions, inability to control thoughts and emotions, and stress influences can trigger harmful or suicidal behaviors that are totally out of character for some people and combining cocaine with other substances increases these risks.

The physical symptoms of a cocaine overdose may include:

The psychological symptoms of an overdose may include: