Cocaine induced psychosis is a highly dangerous condition that affects many individuals who abuse the drug chronically. While it is a long-term effect of cocaine abuse, it can be very difficult to get someone into treatment once it they already are affected by the full-blown psychosis. Therefore, realizing it as early as possible is important. Make sure to look for the signs of cocaine induced psychosis in your loved one.

According to the NIDA, “Users take cocaine in ‘binges,’ during which the cocaine is used repeatedly and at increasingly higher doses.” This can actually lead to the psychosis that is common from long-term cocaine abuse. Users often become tolerant to the effects of the drug. Tolerance can develop quickly, especially if the individual binges on the drug often. Therefore, someone who abuses cocaine and becomes tolerant to it will take more and more of the drug in order to feel its effects. This is often the behavior that leads to cocaine induced psychosis.

If someone you know exhibits these signs, they are in danger of developing psychosis as a result of cocaine abuse: 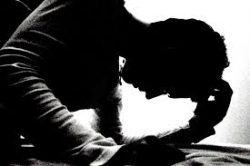 Delusions, hallucinations and aggressive behavior are all signs of cocaine psychosis.

Someone who develops this kind of psychosis can be a person who has never experienced problems of this sort before. According to a study from the NCBI, cocaine changes the way the mind works and can cause users to develop intense psychosis that includes these symptoms:

According to the NCBI, “Paranoia occurs in 68% to 84% of patients using cocaine.” But this is not the end. Cocaine induced psychosis will only become worse if the person continues to abuse the drug.

How Do I Know If Someone Is Exhibiting Cocaine Induced Psychosis?

If you know someone who is abusing cocaine and they are beginning to act differently in a severe and negative way, there is a chance that they are experiencing cocaine induced psychosis. They will likely: