Crack cocaine and powder cocaine are sometimes referred to in research and other outlets simply as cocaine, but there is a big difference between the two. While they are both different chemical forms of cocaine, they differ in how they are made, how they are abused, their cost, dangers, effects, and more.

Cocaine and crack cocaine are so different, in fact, that the criminal punishments associated to their use and possession are very different. For example, according to New York University possessing 500 grams of powder cocaine carries the same penalty as possessing 28 grams of crack.

Cocaine is derived from the leaves of the erythroxylon plant, which is indigenous to South America. According to the United States Department of Justice, the cocaine alkaloid is available in many forms: coca leaves, coca paste, powder cocaine and cocaine base. The two commonly abused forms of the drug are powder cocaine, which is more commonly referred to solely as cocaine, and cocaine base, which is more commonly referred to as crack. Cocaine is a stimulant, and is categorized as such because of the euphoric, energetic, and mentally alert feelings it produces.

Powder cocaine is a white powdery substance that is abused by snorting, or by dissolving in water and injecting into a vein. This form of cocaine cannot be smoked. It is produced by combining coca paste and hydrochloric acid. Powder cocaine is much more expensive than crack cocaine.

The slowest onset of cocaine’s effects occurs when it is snorted, and this can take up to 20 minutes. The effects last up to 60 minutes. When injected, cocaine reaches the brain within one minute and the effects last for up to 30 minutes.

The US Drug Enforcement Agency reports that all of the cocaine coming into the United States arrives as powder cocaine and some is modified and made into crack in the country. 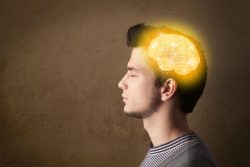 Crack cocaine is cocaine mixed with water and baking powder that is cooked and dried, then smoked. It is highly addictive and dangerous.

According to the US Department of Justice, crack cocaine is more psychologically addicting than powder cocaine, and is thus more likely to result in chronic and heavy use. In addition, the drug is more commonly associated with systemic violence than its counterpart.

Crack cocaine is one of the forms of cocaine base, which is produced from powder cocaine and is smoked. Crack is essentially powder cocaine mixed with water and baking soda which is dried into a solid mass. This mass is ‘cracked’ into rocks that are smoked.

Smoked cocaine, or crack cocaine, takes about 20 seconds to reach the brain, and its effects last for about 30 minutes. According to a study published in the US National Library of Medicine, there is a greater propensity for dependence when cocaine is smoked rather than snorted. The immediacy, duration, and magnitude of the effects of crack contribute to this fact.

All in all, despite the fact that powder cocaine and crack cocaine both derive from cocaine, the two are different substances. They both produce similar effects and have similar dangers (i.e. addiction, brain damage, harm to the body), they certainly warrant a distinction.