Crack is the hard form of cocaine that develops when the drug is mixed with water and other solvents and then cooked into a hard, rock form. The drug is still highly potent, very powerful and extremely addicting despite the chemical changes that take place when it is cooked. In fact, crack cocaine is actually more powerful than powder cocaine, causes physical dependence to set in more quickly and is far more dangerous than the powder counterpart.

This drug once appeared in the impoverished inner-city neighborhoods of major cities but can now be found throughout the country. Because of the relatively low-cost to produce the drug and the extreme high that results from using the drug, crack cocaine has become one of the most widely abused drugs in the United States wreaking havoc on users young and old, rich and poor, educated and very much under-educated alike.

What is Crack Cocaine?

According to the National Library of Medicine, crack cocaine is a rock form of cocaine that appears similar to broken white rocks. The drug is not quite as hard as a rock and actually has a density slightly greater than candle wax. It’s not soft but not so hard either, sort of an in-between density that is much harder than the powder like the cocaine it is derived from but not quite as hard as the name would imply.

When crack is in its purest state, it will resemble a hard plastic density. It can actually make a cracking noise when it is broken into smaller nuggets or pieces. When the drug is smoked, it will crackle and pop hence the name, “crack.” On the streets, people determine the quality of crack cocaine by sinking it in water or placing a flame near it to see if the edges of the drug melt, these are two signs that the drug is pure and essentially “strong.”

How is Crack Abused?

Crack cocaine is typically smoked using a glass pipe. The drug is broken into small rocks and then placed into a pipe or other device to be smoked. Because the high only lasts a few solid minutes, people who smoke crack will constantly be smoking more and more in order to feel the continued effects of the drug. Unfortunately, crack is often mixed with fillers or other substances that can make smoking the drug even more dangerous than the user believes. There is no way to know how much cocaine is being used, how potent the crack is or what the potential side effects or repercussions of using the drug will be which can leave the user open to a wide array of potential side-effects and problems.

Dangers of Crack Cocaine Use

Crack cocaine is highly dangerous for a variety of reasons. Because there is no way to know how much of the drug is really being used, there are serious dangers with the risk of overdose when a user is smoking crack. Overdose is also a serious threat as the user continues to abuse the drug repeatedly in order to keep the high going. The user experiences an instant rush followed by a significant crash that causes them to want to use the drug again and again. This can quickly lead to toxic overdose and serious consequences.

Additional dangers associated with crack cocaine use include: 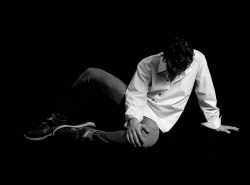 Crack cocaine abuse can ruin your life. Get help today!

People who abuse crack will often stay up late and then spend long periods of time trying to catch up on sleep following a binge. It is very common for people to be paranoid or anxious when they are under the influence of crack cocaine and these symptoms will often stick around even after the individual has stopped using the drug. Additional signs of crack abuse include:

Addiction to crack cocaine is a very common concern, especially for those who have abused the drug in the past. Unfortunately, crack cocaine addiction is one of the most difficult addictions to overcome and it poses many serious challenges in treatment. The symptoms of crack addiction include:

Crack addiction will literally control the user’s life making it feel nearly impossible for him or her to stop what they are doing. Every aspect of a user’s day is controlled by their nagging cravings to smoke crack or their psychological depression, anxiety or similar emotions that are thrown off balance as a result of their decision to smoke crack.

Crack cocaine withdrawal will last a few weeks at most. For some, the depression or anxiety will stick around longer but there are medications that can help with that. It’s important to seek professional help as soon as possible in order to prevent any further side effects from interrupting your life. Crack cocaine addiction is a terrible disease but you can recover and there is help!

Call our toll-free helpline at 800-736-5356(Who Answers?) to get crack cocaine addiction treatment that fits your needs.