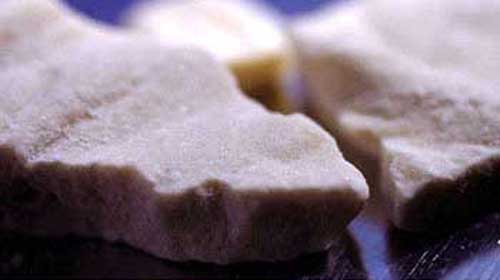 HOW TO QUIT COCAINE

The high from crack cocaine is intensely rewarding. But the experience is short-lived. Such immense well-being is unsustainable because its mechanisms don't subvert the systems of homeostatic feedback inhibition of the brain. So it's reckless to try crack cocaine at all - at least until one's death-bed - because its euphoric effect is so extraordinarily hard to forget. If one succumbs to curiosity, and finds out what one is missing, then the rest of one's life may pall in comparison. For there is nothing in life that's naturally so enjoyable as crack. Tragically, the user's family and loved ones may suffer the price of pleasure almost as severely as the addict.

So is a crackhead inescapably doomed to an early grave? Or are there ways (s)he can escape from the abyss?

Perhaps. Most of the GIs who got hooked on unmistakably physically addictive heroin in Vietnam kicked the habit when they returned to the USA. The veterans quit, often without undue difficulty, because most of the "conditioned cues and reinforcers" associated with narcotic drug-use in South-East Asia were missing back home.

Thus a complete change of environment, especially a holiday in the company of supportive family and (drug-free) friends, can help break a user's self-destructive cycle of coke-binges. The brain is given time to recover. Cue-elicited craving is a major cause of relapse in recovering coke-users. Indeed this cue-elicited craving may even increase during the first few months of withdrawal.

More controversially, "cocaine vaccines" may soon be licensed. They are designed to induce drug-specific antibodies in the bloodstream. In theory, cocaine-specific antibodies which sequester the drug before its passage into the brain will prevent the relapsing user getting high. Perhaps children "at risk" will be vaccinated at an early age. The possible coercive use of "vaccines against pleasure" raises profound ethical problems.

Cocaine addicts motivated to quit might consider a course of the antiepileptic drug vigabatrin (Sabril), though it isn't licensed in the USA. Vigabatrin is an irreversible inhibitor of gamma-aminobutyric acid transaminase (GABA-T). GABA-T the enzyme responsible for the catabolism of the inhibitory neurotransmitter gamma-aminobutyric acid (GABA). Feedback inhibition between the "feel good" dopaminergic and GABA-ergic neurotransmitter systems explains vigabatrin's therapeutic "antidopaminergic" action. Vigabatrin is a relatively safe drug. Even so, its use sometimes causes colour vision defects; the most common adverse side-effects reported are sleepiness and fatigue.

The primary cocaine-metabolising enzyme in the body is butyrylcholinesterase (BChE). In September 2008, scientists from the University of Kentucky reported a mutant form of the BChE plasma enzyme that broke down cocaine some 2,000 times faster than the natural blood protein. In future, designer BChE may offer an effective therapy to reverse cocaine overdoses and combat cocaine addiction.

Another future option for cocaine addicts who want to quit may be taking a dual dopamine/serotonin releaser. PAL-287 is a rationally-designed drug aimed at treating stimulant dependence while having minimal "abuse potential" of its own. Much more research will be needed before it ever gets a product license.

Another future option may be the benztropine analog JHW007. It serves as a functional antagonist to cocaine. JHW007 has a high affinity for the dopamine transporter with minimal cocaine-like subjective and behavioural effects.

Some drug-pundits recommend Total Abstinence from chemical assistance: "Just Say No." The ex-addict is encouraged to renounce "unnatural" chemical highs altogether. This course of action may indeed be prudent given our bug-ridden genome and current crop of misbegotten street drugs. Unfortunately, opting to embrace godliness, hard work and clean living isn't always the recipe for a happy life either.

For many cocaine-users have a pre-existing psychiatric disorder - even by the touchstone of today's impoverished conception of mental health. In effect, such users are self-medicating, even if they ostensibly take cocaine hedonistically "for kicks". Such users need more effective medicine to flourish. So in place of cocaine, the option of taking one or more clinically therapeutic mood-brighteners [e.g. desipramine (Norpramin), a noradrenaline reuptake inhibitor; venlafaxine (Effexor), milnacipran (Ixel) or duloxetine (Cymbalta), dual-action serotonin and noradrenaline reuptake inhibitors; perhaps a glutamate-enhancing agent such as modafinil (Provigil); or more daringly, amineptine (Survector), a dopamine reuptake inhibitor; and/or anti-anxiety agents e.g. benzodiazepines] may be considered instead.

Alternatively, if the user wishes to Say No To Drugs completely, then a "natural", gentle mood-brightener and anti-anxiety agent, hypericum (St John's wort), may be taken indefinitely. Unfortunately, this traditional herbal medicine is not a dependable remedy for deep melancholic depression - coke-induced or otherwise.

S-Adenosyl-L-methionine (SAMe) is another natural antidepressant. But its efficacy in treating cocaine-induced depression is untested in controlled clinical trials.

Inevitably, present-day mood-brighteners, whether herbal or clinical, won't stand comparison with tomorrow's revolutionary designer-drugs. Nor do they deliver the rapturous but addictive rush of a fast-acting euphoriant. Contemporary therapeutic mood-boosters yield desperately little joy compared to the lifetime of genetically pre-programmed superhealth on offer to our descendants. But our legacy DNA didn't design us to be happy. So for now, the dirty chemical stopgaps licensed for use in contemporary clinical medicine are often better than nothing at all.