Derived from the leaves of the Coca plant, cocaine acts as a stimulant agent speeding up chemical activities in the brain and central nervous system. As a powerfully addictive substance, cocaine abuse practices can develop quickly as the brain becomes accustomed to the drug’s effects.

When abused on a regular basis, cocaine essentially eats away at brain cells and diminishes overall brain function over time. Before long, cocaine addiction symptoms start to take shape, many of which feed into the drug’s abuse/addiction cycle.

Cocaine Effects in the Brain

Cocaine’s euphoric effects result from the drug’s interactions with dopamine-producing cells in the brain. According to the University of Maryland, dopamine helps in regulating pleasure states as well as coordination and movement. Dopamine also plays a central role in managing the brain’s reward system functions.

While cocaine does produce incredibly intense “high” effects, its effects are short-lived. These short-term effects drive users to ingest more of the drug in an effort to maintain the “high.”

In the process, dopamine-producing cells in the brain develop structural damage from being overworked, making them less responsive to the drug, according to Brown University Health Education. Consequently, users must up their dosage amounts on a regular basis in order to experience a “high.” Cocaine’s short-term effects combined with the damage done to brain cell functions set the stage for cocaine addiction symptoms to develop.

It’s at this point when withdrawal effects develop, some of which include:

As cocaine’s “high” effect wears off, dopamine levels in the brain plummet to deficit levels, which accounts for some of the withdrawal effects users experience. In order to compensate for depleted dopamine levels and damaged brain cell functions, users must binge in order to experience the desired effects of the drug.

Bingeing entails ingesting multiple doses of cocaine at one sitting. Users start to engage in bingeing behaviors in response to the brain’s increasing tolerance for the drug. As one of the most dangerous cocaine addiction symptoms, bingeing places an extraordinary amount of strain on the heart and circulatory systems.

After so many rounds of bingeing, the body finally succumbs to cocaine’s stimulant effects. Users experience a total loss of energy reaching points of sheer exhaustion.

At this point, users “crash,” which entails sleeping for days at a time or at least until the body recuperates. This cocaine addiction symptom clearly reflects the damaging effects of the drug on the body. 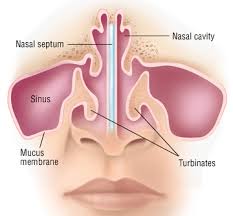 Cocaine addiction can cause nasal problems.

As cocaine can be both snorted, smoked and injected, users who regularly snort the drug can expect to develop nasal problems from frequent drug use. In effect, cocaine wears away at nasal passage linings. Over time, this cocaine addiction symptom causes problems with swallowing and will eventually destroy a person’s sense of smell.

As injection methods deliver cocaine right into the bloodstream, infections can spread to other areas of the body, such as the heart, which can make for a deadly cocaine addiction symptom.

Cocaine’s effects speed up the body’s heart and blood pressure rates with each dose taken. For chronic users, these effects can cause considerable damage to the arteries and eventually cause tearing. Under these conditions, the risk of stroke and heart attack increases considerably.

Cocaine’s stimulant effects speed up metabolism processes while at the same time reducing a person’s appetite for food. These effects can bring on dramatic weight loss within a short period of time. After a certain point, this cocaine addiction symptom compromises a person’s overall health status, leaving the body susceptible to sickness and disease.

By far one of the most distressing cocaine addiction symptoms takes the form of severe depression brought on by depleted dopamine levels in the brain. This symptom in particular can be fairly dangerous as depression symptoms can be so severe as to bring on thoughts of suicide that users may well attempt to carry out.

As brain chemical levels skew further out of balance, a person’s logic and reasoning capabilities start to falter. Users start to experience feelings of paranoia and become extremely defensive and sometimes hostile towards others. This cocaine addiction symptom may indicate a developing psychological disorder at work.

According to Bryn Mawr College, after a certain point addiction-based behaviors become ingrained within a person’s psychological make-up. Likewise, a person’s lifestyle will start to demonstrate the drug’s power over his or her life.

Lifestyle effects may take the form of:

Without needed treatment help, cocaine addiction symptoms will continue to spiral out of control, increasing in frequency and intensity along the way. Cocaine abuse can cause long-term and even permanent damage to the brain leaving users in a diminished functional capacity. The longer a person continues to use the drug, the more warped brain chemical functions become.

Likewise, long-term cocaine use essentially reconfigures the brain’s reward system making it all the more difficult to stop using, according to the National Center for Biotechnology Information. As cocaine addiction symptoms can develop quickly, the sooner a person gets professional treatment help the better the odds of a successful recovery.