What Are the Long Term Effects of Cocaine Addiction?

Cocaine is one of the easiest drugs to become addicted to and because of the harsh withdrawal symptoms associated with it, many addicts will continue to use without knowledge of the long-term effects.

While the withdrawal symptoms are severe, if the addict seeks out residential treatment, he or she can find a way to cleanse themselves of the drug and begin their journey toward sobriety.

Addicts should know the long-term effects of cocaine so that they know what will happen if they continue to use this dangerous drug.

If you or someone you know is struggling from cocaine addiction and need professional treatment, please call 800-736-5356(Who Answers?) and speak with someone who can help. 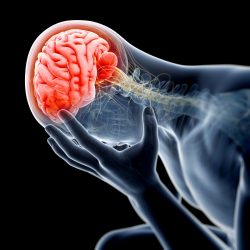 Cocaine can also wreak havoc on the brain and leave lasting damage behind, which builds as the addict continues to use. According to the National Institute on Drug Abuse, long-term use of cocaine can cause permanent damage in the reward system of the brain when it stops dopamine from being recycled and it creates a buildup in the synapses or the connections between neurons.

Chronic use of cocaine increases the chances of long-term central nervous system damage, which makes it important for the addict to get treatment as soon as possible. These damages include blood vessel narrowing in the brain, seizures, hemorrhaging or oxygen depletion that can cause a stroke in the brain, dopamine reduction, full deterioration of the brain, and movement disorders.

For those who snort cocaine, the nasal cavity and throat can become permanently damaged. For the nose, these damages can include anosmia (loss sense of smell), nostril ulcers, irritation of the nose, nasopharyngeal mucosal inflammation, prolonged nosebleeds and runny nose, and nasal congestion and septum perforation. Damages to the throat include difficulty swallowing and a hoarseness in the throat.

Snorting is not the only danger when using cocaine and injections can be just as lethal. According to the U.S. National Library of Medicine, addicts who use injections are at risk for hepatitis and HIV/AIDS from sharing needles or practicing unsafe sex, especially when cocaine is mixed with other drugs or alcohol. Injecting cocaine for a long period can also leave scars from the sites of the injection, potentially fatal allergic reactions, and vascular complications.

Many addicts have tried and failed to quit on their own and concluded that it is much easier for them to continue the addiction than attempt to seek help, but what many may not know are the long-term effects of cocaine that will cause them to live a harsher life if it does not end it altogether.

For information on residential treatment for cocaine addiction, please call 800-736-5356(Who Answers?) and a specialist will assist you.