Cocaine abuse in the long term can cause many serious consequences for the individual, most of which require treatment. While many of these can be cured with time, the drug is highly dangerous and addictive, and the longer a person continues abusing it, the more serious their situation will likely become.

A number of serious physical side effects can occur with long-term cocaine usage. According to the National Institute on Drug Abuse, “Many chronic cocaine users lose their appetite and experience significant weight loss and malnourishment.” Though this can be life threatening, a person who seeks out treatment in time can begin taking nutrition classes and learning to take better care of their body in the future. They will slowly begin to gain weight again and become healthier under the care and guidance of professionals.

Other issues cannot be treated at all. For example, “regularly snorting cocaine… can lead to loss of smell,” which is not something that can’t usually be reversed through treatment. Lung damage, heart disease, and other issues will also be likely to linger, and while they can be managed, they will not be very likely to go away altogether. However, the frequently experienced headaches, seizures, and breathing difficulties will be more likely to subside with time and attention in a medical facility.

According to a study from the Primary Care Companion to the Journal of Clinical Psychiatry, “Psychosis, including hallucinations and delusions, has frequently been reported in cocaine users.” This can be very dangerous and lead individuals toward violent, homicidal, and suicidal outbursts. Someone experiencing these effects should be brought to the hospital immediately where they can be sedated for the remainder of their acute symptoms. But because these psychotic symptoms can reoccur months later, intensive therapy is also a required treatment after the initial psychosis has worn off. 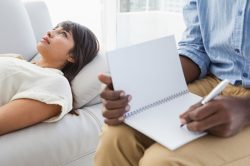 A person is also likely to experience mood disturbances as a result of long-term cocaine abuse, and mental disorders often go hand-in-hand with the frequent use of this drug. Doctors must understand this common diagnosis and understand that the two issues must be treated simultaneously, as one going untreated can lead to resurgence in the other.

One of the most serious consequences of long-term cocaine abuse is addiction, and according to the National Library of Medicine, “Even if you get treatment, it can be hard to stay off the drug.” Individuals who have not used cocaine in years sometimes still feel strong cravings for the drug after treatment has ended. This is why cocaine addiction treatment must be long-term and the needs of the individual must be revisited frequently.

Though there are no medications currently approved to treat cocaine addiction, research is still being done in this area. Behavioral therapy approaches like cognitive-behavioral therapy, contingency management, and the Matrix Model have all been found to be effective when treating addiction.

Do You Need Treatment for Cocaine Abuse?

The sooner you seek help for your cocaine use, the better. Call 800-736-5356(Who Answers?) today to learn more about the drug’s effects or to find a rehab center that fits your needs.