The dangers of smoking cocaine exist for both those just beginning cocaine use as well as for long-time users of the drug. Cocaine effects in the brain place users at higher risk of developing serious health conditions. Ongoing cocaine use also takes a toll on the brain’s ability to maintain psychological stability.

Commonly known as “crack,” the freebase form of cocaine appears as a rock crystal. When smoked, the vapors produced by the crystal easily absorb into the bloodstream and lungs.

Unlike snorting, smoking cocaine produces short-term effects of five to 10 minutes while the effects from snorting can last from 15 to 30 minutes. The ability to experience the drug’s effects almost immediately coupled with “crack’s” overall short-term effects make for a highly addictive drug.

The health risks associated with smoking cocaine are many. As a narcotic stimulant drug, cocaine places a considerable amount of strain on the body’s central nervous system (CNS) as well as the systems regulated by the CNS.

With each successive dose, users experience increases in heart rate and blood pressure. Much like any stimulant drug, the desire for food and sleep quickly diminish the longer a person uses the drug. Consequently, long-time crack users often suffer from malnutrition and sleep deprivation.

Other health risks associated with smoking cocaine include: 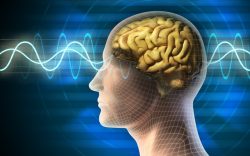 Cocaine is a very dangerous drug, whether it is smoked, injected, or snorted.

According to the National Institute on Drug Abuse, with continued use, users can develop any number of psychological impairments, some of which include:

Cocaine’s effects on heart and blood pressure rates pose a considerable danger regardless of a person’s past history with cocaine use. As cocaine stimulates central nervous systems functions, the body’s heart rate and blood pressure levels rise accordingly. Meanwhile, the blood vessels within the body’s circulatory system constrict, creating narrower passageways for blood to pass through.

This chain of events creates the perfect conditions for a person to experience a stroke or suffer a heart attack. Both scenarios carry a high risk of fatality as blood supplies may well be cut off from the brain as well as the heart.