Although common consensus is that crack and cocaine punishments should be harsh, there is a point where harsh and fair do not coincide. This is why lawmakers are constantly revising the penalties, criminal charges, strengths, and weaknesses of these laws. The idea that the punishment should fit the crime is a major consideration when making or changing cocaine and crack legislation. There were three acts passed in the last 30 years that changed the way that crack and cocaine were dealt with in the legal system.

The Anti Drug Abuse Act of 1986 introduced in October of 1986, was originally designed to reduce farming and distribution of cocaine and crack cocaine. It had three basic parts. These parts are:

Of these three parts there is only one that seriously affected those in the United States. This posed a mandatory sentence for high-level traffickers and dealers of 10 years for possession of 5,000 grams or more for powder cocaine or 50 grams of crack creating a 100 to 1 ratio between powder cocaine and crack. It also proposed a lesser but equally as harsh sentence for those found with under that amount of five years. Designed to restrict traffic and sale of crack and cocaine, the mandatory sentencing had the undesirable effect of overcrowding prisons with minor offenses.

Another issue with this act was the racial consequences of it. Although the reasons for the disparity in racial use of crack versus cocaine are unclear, it is a fact that more African-Americans use crack cocaine while more Caucasians use powdered cocaine. The act while targeting what is viewed as a more dangerous drug also seemed to target a specific racial group. 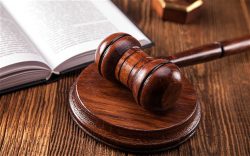 Laws that govern crack and cocaine use have changed in recent years.

According to the White House, the Fair Sentencing Act of 2010 was designed to reduce the disparity in sentencing between powdered cocaine and crack cocaine. It also tried to impose more financial penalties for those caught trafficking or distributing either form of cocaine.

Because of the racial implications of crack use versus powdered cocaine use, more African Americans were in jail due to cocaine drug offenses than Caucasians. This did not sit well with congress. Instead, under the Fair Sentencing Act of 2010 the penalty was changed from 100 to 1 to 18 to 1. This made the penalty for carrying 28 grams of crack cocaine or more five years and ten years for 280 grams or more.

Unfortunately, when this particular law was passed, lawmakers made no comment on whether or not it was to be retroactive. Thousands of criminals are in jail under the Anti Drug Abuse Act of 1986. Under the new penalties and sentencing guidelines, they would not be serving the lengthy terms they are now.

There are legislators that oppose this change in the original law. Their reasons for the opposition are:

It is no secret that there is more violent crime associated with crack than with powdered cocaine. Some think this sentencing is too uneven while others think it is justified considering that crack is thought to be the more dangerous drug.

Lawmakers are now proposing yet another change to the previous fairness in sentencing act. The change they are proposing is to make fair sentencing retroactive. This move would release the approximately 8,000 prisoners serving time under the original 1986 Anti Drug Abuse Act. This would undoubtedly save the taxpayers the money that is spent to house, feed, and cloth these prisoners but does not look at the other crimes these prisoners committed or were likely to commit.

According to the Washington Post, there are many who believe that the current sentencing requirements are unfair and racially biased. They believe that the ratio for crack and powdered cocaine should be the same. Others believe that mandatory sentencing for drug offenses regardless of the drug should be left up to the judges hearing the case. Many think that the judges are the best people to determine the individual sentencing since circumstances vary. They believe a person caught with a small amount of cocaine who has never had any other offenses and is an otherwise upstanding person should not be subjected to a 5-year mandatory sentence.

With these three acts legislators hope to make crack and cocaine sentencing fair and equitable for everyone involved. As with all legislation, finding the balance between fair and just is a difficult task when it comes to such controversial and widely used drugs. There are bound to be more changes as the new laws and legislation are created and pass the house and senate. As of now, the Fair Sentence Clarification Act is in its infancy and whether it will pass or not remains to be seen.