Cocaine Side Effects You Never Thought You Would Have

Cocaine exists as one of the most powerful, illicit drugs on the market. What starts out as casual, or even random recreational use can quickly develop into an out-of-control habit. Before long, you’ll likely be experiencing cocaine side effects you never thought you would have.

Cocaine side effects can develop from short-term as well as long-term use, many of which can be life threatening. Knowing what types of cocaine side effects to look out for can help you get needed treatment help before this drug takes over your life.

The brain’s tolerance for cocaine increases rapidly, driving users to keep taking more of the drug in increasingly larger amounts, according to the National Institute on Drug Abuse. This cocaine side effect in particular sets the drug abuse cycle in motion as well as places a person at considerable risk of any number of health problems, including:

If you’re considering treatment and you’re not sure if your insurance will cover your treatment costs, call our helpline at 800-736-5356(Who Answers?) for more information. 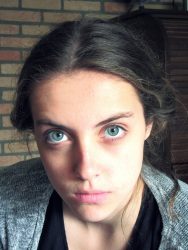 After so many months of cocaine abuse, the brain’s chemical system has reached a point of total disarray, which inevitably disrupts its ability to maintain psychological stability or physical health. According to Bryn Mawr College, this cocaine side effect marks the starting point of any number of physical and/or psychological problems, some of which can be deadly.

Imbalances within the brain’s chemical system offset a person’s sleep cycle to the point where sleep deprivation becomes the norm rather than the exception. Appetite loss also occurs, causing drastic weight loss. These conditions make a person that much more susceptible to illness.

At this level of use, the brain’s tolerance for the drug has increased considerably, so each time a person uses the effects from large amounts of cocaine all but deplete the brain’s neurotransmitter supplies.

Other long-term cocaine side effects to watch out for include:

The high likelihood of developing addiction is perhaps the most damaging and least expected cocaine side effect of all. Once addiction takes hold, a person relinquishes all control over his or her life to the need for the drug. In effect, this development, in and of itself, sets the stage for the more damaging cocaine side effects to surface.

If you or someone you know are experiencing cocaine side effects and have more questions, or need help finding a treatment program that meets your needs, please feel free to call our toll-free helpline at 800-736-5356(Who Answers?) to speak with one of our addictions specialists.

How the Side Effects of Cocaine Can Ruin Your Life