When first starting out on cocaine, the drug’s effects can easily be seen as positive considering the increased focus and energy users experience. With continued use, cocaine’s effects start to do more harm than good, both physically and psychologically. Within a fairly short period of time, cocaine abuse signs start to surface as symptoms of the drug’s effects take a toll.

For most anyone who abuses cocaine on a regular basis, cocaine abuse signs become most apparent in three areas: emotional state, behavior and an ongoing inability to stop using. 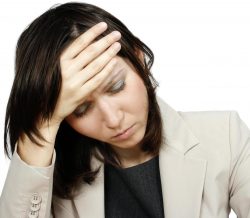 With ongoing cocaine use, a person’s emotional state becomes increasingly negative or discontent unless he or she is getting “high.” With long-term use, this cocaine abuse sign will persist regardless of whether a person is “high” or not.

In general, cocaine produces short-acting effects that can wear off fairly quickly. When someone’s been using cocaine on a frequent basis, withdrawal effects will develop as the drug’s effects wear off. Withdrawal effects take the form of:

Users engage in binging practices as a way to counteract these effects. Binging practices involve ingesting large doses of cocaine in succession over a short period of time. According to the National Institute on Drug Abuse, this cocaine abuse sign is one of the most dangerous of all in terms of the potential for overdose and the damage done to brain cells.

The resulting brain damage caused by cocaine abuse actually reinforces the addiction cycle and drives addicts to continue using. Until brain cell functions get a chance to heal, drug cravings and withdrawal effects will only get worse with time.