Short-term Side Effects of Cocaine Abuse

The side effects caused by cocaine abuse are extremely serious, even if an individual has only been abusing the drug for a short time. Cocaine is a very dangerous drug that can cause many initial side effects, sometimes leading to unhealthy or even deadly consequences.

According to the Center for Substance Abuse Research, “The immediate, intense cocaine high lasts about 15 to 30 minutes when snorting while effects from smoking last approximately 5 to 10 minutes.” However, residual effects can last up to two hours or more depending on the amount abused and the individual’s experience with the drug.

The initial physical side effects of cocaine abuse are as follows:

The physical effects of cocaine cause many of the body’s functions to speed up or increase. This can seem desirable but can also become quite frightening. Large doses of cocaine can also lead to “severe medical problems,” according to the National Institute on Drug Abuse, including:

“In rare instances, sudden death can occur on the first use of cocaine or unexpectedly thereafter,” illustrating the dangers of short-term cocaine abuse, which many users do not consider. Cocaine’s effects on the body, even early on, can be extremely harmful, especially when a person takes a very high dose of the drug. 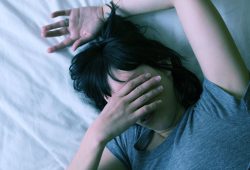 Cocaine can cause insomnia.

As previously stated, cocaine increases many of the body’s functions, which also means it causes an increase in energy. As a result, the drug causes many intense psychological and behavioral effects for the user, the most common of which are listed below:

In those who are abusing cocaine, there usually also exists an “increased possibility of risky behaviors that can lead to sexually transmitted illnesses or transmission of HIV or Hepatitis through shared needles” (CESAR). People become much less inhibited while high on cocaine, and this can prove to be extremely dangerous for the individual.

In addition, many users also experience other extreme emotions or severely mixed emotions. These, like euphoria and anxiety, irritability and paranoia, sometimes run together, making it very hard for the individual to distinguish their feelings. As stated by the NIDA, “Some users [also] find that the drug helps them perform simple physical and intellectual tasks more quickly, although others experience the opposite effect.” In most cases, the drug causes severe emotional shifts and irrational behavior, a common trait of most stimulants.

Are You Concerned About Cocaine Abuse and Its Side Effects?

If you or a loved one has only been abusing cocaine for a short amount of time, it is still important to receive treatment as soon as possible to manage the side effects being experienced and to help the individual avoid any other, more dangerous side effects. Call 800-736-5356(Who Answers?) to find out more about cocaine and how you can recover from your abuse of the drug.