Cocaine addiction rat studies are a series of experiments done on rats to predict human addiction issues. These studies began in the 1970s when two Canadian researchers attempted to prove that addiction was environmental and not biological. These studies reveal several important things about how and why cocaine is addictive. They also reveal a number of interesting facts about treatment for cocaine addiction.

At first when scientists were studying the effects of cocaine on a biological organisms, the cocaine was administered by the experimenter. This is fine as long as the researcher wanted to know what the biological response to cocaine was. According to the National Library of Medicine, in order to study addiction and patterns of behavior, the rat has to administer the cocaine. This shows desire for the drug rather than just the reaction to the drug. This allowed scientists to study whether or not the rats would choose cocaine over other pleasant stimuli.

Unfortunately, when these studies first began they left the rats in cages alone. The only stimulus available was the cocaine. When scientist began to consider that there were environmental factors to addiction, they decided to try changing the rat’s environment to see what happened.

One of the most prominent cocaine addiction rat studies is the study involving the impact of environment dealt with environmental factors associated with addiction. A Canadian scientists decided to change the rat’s environment. He built an extensive cage that he called the rat park. This cage featured:

This was nicknamed the rat park. The scientists then discovered something unusual. They found that when given the choice only a small percentage of rats who used the lever with cocaine became addicted to the powerful drug.

This study seemed to reveal that the rats who were kept happy and had other things to do did not prefer cocaine. They rarely used lever that dispensed the drugged water. The rats who were kept isolated in cages that did not contain amusements and other rats were much more likely to become addicted to the drugs offered.

These experiments continued using different variations of the drugs, rats, and environment. According to the published results, the rats who were in the better environment seemed to prefer unadulterated water to the drugs. The scientists even went as far as trying to make the drugged water look more attractive with the same results.

This study was met with skepticism in the scientific community. For the most part all duplicate experiments resulted in the same data. This indicates that the study was valid and the results viable.

Rats and Pills for Cocaine Addiction 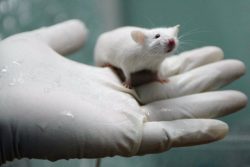 Cocaine addiction rat studies have helped us understand the effects of cocaine.

In another study conducted at the University of Pittsburg in 2013, scientists attempted to study specific proteins in the brain in hopes of developing a treatment for cocaine addictions. What they found was that there are receptors that, when modified by pharmaceuticals, reduce the incidents of relapse in rats injected with the drug. By blocking or removing the cravings the rats were less likely to continue using the substance. Although this particular study is a long way from human trials, it seems to indicate that developing a drug to at least block the cravings for cocaine while the addict is in recovery. Some of the problems with this study are:

Although this study is not conclusive, it does show promise for developing a drug to at least prevent the difficult cravings that cause most of the relapses suffered by recovering cocaine addicts.

In this study the first generation of male rats were purposely addicted to cocaine after being taught the self administration lever reward system. Scientists then mated them to unexposed females. The males were then separated from the females so they could not influence the female or offspring behavior.

This study revealed that the male rats born from cocaine addicted male rats did not prefer the cocaine infused water. The study scientists refer to this as the cocaine resistance effect. It appears that the cocaine causes epigenetic changes in sperm and this effect translates to the male offspring. This is not the only change they suspect. Many researchers are now looking into the other psychological changes that occur.

What it All Means

The cocaine addiction rat studies reveal that environment plays a crucial role in addiction, anti-addiction medications are possible, and successive generations may be less susceptible to cocaine addiction than originally thought. Although further research is necessary, these studies show that many of the previous notions about drug addiction were wrong. Many researchers are continuing these studies to further the science of addiction.