Compared to other addictive drugs, crack cocaine exists as one of the most addictive substances on the market. A drug’s addictive potential corresponds with the degree of damage it causes in the brain in terms of altering brain chemical functions. Crack cocaine essentially wears away at brain chemical pathways with continued use.

According to the National Survey on Drug Use and Health, an estimated 1.9 million Americans reported using cocaine on a regular basis in 2008, 359,000 of which were regular crack cocaine users. While crack does come from cocaine, its addictive potential far surpasses cocaine’s in intensity and rate of addiction.

Signs of crack cocaine addiction take shape early on with frequent use, affecting most every area of a person’s life. Without needed treatment, addicts continue on in a downward spiral of failing health and psychological dysfunction. Fortunately, there are a range of treatment options available to help addicts overcome the devastating effects of crack cocaine addiction.

Crack starts out as cocaine powder that’s “cooked” to produce a crystallized, rock substance. Users then smoke the drug in rock form. Crack got its name from the crackling sound it makes when smoked.

Compared to cocaine, the “high” effect produced by crack happens much quicker and lasts considerably shorter than a cocaine “high.” When snorting cocaine, drug effects take anywhere from three to five minutes to be felt. These effects can last anywhere from one to two hours.

When smoking crack, users experience the drug’s effects almost immediately, bringing on a much more intense “high” that only lasts for 15 to 30 minutes. The speed and intensity of drug effects accounts for why crack cocaine addictions develop so much faster than cocaine addictions.

Effects in the Brain

Crack works by stimulating individual brain cells, which release massive amounts of neurotransmitter chemicals, some of which include –

In general, any disruptions in brain chemical levels can offset any number of brain and body functions and processes, while at the same time creating a state of overall chemical imbalance throughout the brain. By the time crack cocaine addiction sets in, brain cells have undergone considerable damage leaving them unable to function normally without the ongoing effects of the drug.

Before crack cocaine addiction develops, users typically develop a physical dependency on the drug at the outset. Within a short period after first starting crack, the brain becomes physically dependent on the drug’s effects.

With each dose of crack cocaine, dopamine levels rise and then plummet once the drug’s effects wear off. As a result, the brain’s reward center comes to define crack’s effects as essential to a person’s daily survival, much like it views food and water. In effect, the drug becomes a top priority within a person’s daily life once crack cocaine addiction develops.

Signs and symptoms of crack cocaine addiction develop gradually as the drug’s effects gain increasing control over brain chemical functions. More oftentimes than not, physical symptoms will surface at the start soon to be followed by signs of psychological dysfunction.

Periods of withdrawal will also come and go as the brain and body develop an increasing tolerance for the drug’s effects. Not surprisingly, withdrawal effects become the driving force that supports continued drug use. 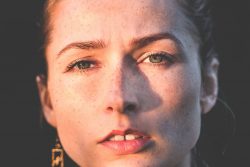 Crack cocaine is a very addictive drug that does significant damage to a user’s health.

Signs of crack cocaine addiction involve a person’s overall demeanor and everyday behaviors. According to Bryn Mawr College, these characteristics support the type of lifestyle that makes addiction possible.

Signs of crack cocaine addiction typically take the form of –

Treatment can help you overcome crack addiction. Call 800-736-5356(Who Answers?) toll free for help finding a program that works for you.

Crack cocaine addiction treatment provides addicts with the types of supports and direction needed to maintain abstinence and live a drug-free lifestyle. Treatment programs employ a comprehensive treatment approach to address and treat the physical, psychological and behavioral effects from crack cocaine abuse.

It’s not uncommon for addicts to develop medical and/or psychological problems as a result of long-term drug use, which makes the recovery process all the more difficult. In most cases, the more severe the addiction the more likely co-occurring conditions will develop as a result of drug use.

Making it through the detox stage is one of the most difficult parts of the recovery process. The severity of withdrawal symptoms experienced can quickly drive a person back to drug use.

According to the U. S. National Library of Medicine, crack cocaine addiction treatment programs administer medication therapies to help ease the discomfort that comes with withdrawal. Medications commonly used include –

In essence, stopping drug use leaves the brain in a diminished state, which accounts for the severity of symptoms experienced during detox.

While it may feel like a person has overcome crack cocaine addiction upon completing the detox stage, the actual addiction treatment process doesn’t begin until he or she undergoes in-depth, ongoing psychosocial treatment.