Cocaine, though not the most popular drug nowadays, was once a very popular drug in the 1970s and 1980s. According to the National Institute on Drug Abuse, cocaine is still widely abused today and plays a key role in the problems that are taking place on the streets, within the country, within other countries and in communities all over the world. This dangerous drug has been come to be known by a wide variety of slang terms and cocaine street names that are used to openly talk about the drug without using its original name.

Some of the street names used to describe cocaine are related to the method of use or the actual type of the drug that is being used. For instance, crack or hard are two cocaine street names that are used widely to describe the use of cocaine when it has been cooked down to a hard, rock form. Many of the names used on the street to describe cocaine are based on the effect that the drug has on the user such as speed or fast. While cocaine is not actually speed, many users do describe the use of cocaine as a speed, high, rush or similar effect. 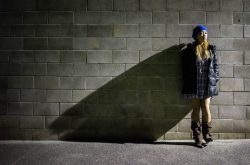 Cocaine street names are used to disguise the sale and use of the drug.

Throughout the 1970s, cocaine gained a number of street names based on the societal or cultural influences that the drug was having on users. During this period, so many people openly used and abused cocaine throughout culture, it became a norm in America. Some of the street names for cocaine related to the way that it was evoking a sense of American culture back in the 70s and 80s include:

Since cocaine has been used for so many years, it’s easy to believe that there is a very wide array of combinations of street names that are used to talk about the drug. From nose candy to candy powder, marching dust to happy trails, paradise to bouncing powder, a number of interesting street names have evolved to openly discuss the use of cocaine on the streets. Many of these cocaine street names have been around for 30 or 40 years or more while others are relatively new.

It’s very common for cocaine street names to be very much like the word cocaine. In fact, some of the most common and widely used street names that can be heard describing the drug are very easy to spot such as:

Other names actually may seem nothing like the word cocaine or anything related to the method of use or the high that is felt. For instance, some people use the following cocaine street names quite openly to describe the drug:

Regardless of how it’s described, cocaine is a dangerous street drug that should be avoided at all costs. Many people mistakenly think that cocaine is safe or non-addictive but this couldn’t be further from the truth. No matter how many cute, funny or otherwise not-so-scary cocaine street names there may be, the truth is, cocaine is a highly potent, highly powerful stimulant that can cause overdose, sudden death or addiction that is difficult to treat.

If you’re addicted to cocaine, call our toll-free helpline at 800-736-5356(Who Answers?) for assistance in finding a treatment program.